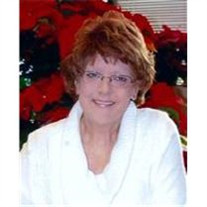 Allison S. Beary, 45, of Clarion, died Tuesday, February 5, 2013, at her home following a yearlong courageous battle with cancer. Born May 27, 1967, in Clarion; she was the daughter of Don and Mary Lou Beck Elder of Fisher and Raymond Beary of Charleston WV. Allison was a 1985 graduate of Clarion Limestone High School. She worked as a manager of the RRR Roadhouse in Clarion. Allison was of the Catholic faith. Allison had a love for animals.  She loved her dog, Jackson.  Her passion was to care and find homes for stray and deserted animals. She was a volunteer for the Clarion PUPS.  She enjoyed rescuing and fostering dogs.  She also enjoyed the outdoors, especially fishing and camping. In addition to her parents, she is survived by fourteen siblings, William L. Beary and Jeff Pierce of Pittsburgh, Jennifer and Kris Watt of Columbus, OH, Jeffrey and Nicole Beary of Charleston, WV, Scotty Beary of Phoenix, AZ, Lynn Beary of Phoenix, AZ, Bambi Elder of Colorado, Ruth and Dell Neely of Seneca, Kay Rossey of Strattanville, Cindy and Darrel Westre of Wyoming, Vicky and Jim Conner of Strattanville, Jerry and Vicky Elder of Corsica, David and Kathy Elder of Corsica, Tom and Jeanne Elder of Strattanville, and Rita and Pat McFall of Corsica. Also surviving are three uncles, Gerald and Linda Lawrence of Warren, Mike and Terry Beary of Columbus, OH, and Richard “Curly” and Cindy Beary of Clarion; extended family, Rick and Diane Himes of Rimersburg; four close friends, Chris, Lenore, Patti, and Paula; and numerous nieces and nephews. Allison was preceded in death by maternal grandparents, Bill and Peg Beck, and paternal grandparents, Lloyd and Dot Beary. Family will receive friends from 10 to 11 a.m. on Thursday, February 7, 2013, at the Robert V. Burns Funeral Home, 638 Wood Street, Clarion. Funeral services will be held at 11 a.m. on Thursday, February 7, 2013, in the funeral home with Rev. Mark R. Smith, pastor of the Clarion Church of Nazarene, officiating. Interment will be held in the Fisher Presbyterian Church Cemetery. Memorials and donations can be made to the Clarion Cancer Center, One Hospital Drive, Clarion PA 16214; or to the Clarion PUPS, PO BOX 480, Clarion PA 16214.

Allison S. Beary, 45, of Clarion, died Tuesday, February 5, 2013, at her home following a yearlong courageous battle with cancer. Born May 27, 1967, in Clarion; she was the daughter of Don and Mary Lou Beck Elder of Fisher and Raymond Beary... View Obituary & Service Information

The family of Allison S. Beary created this Life Tributes page to make it easy to share your memories.