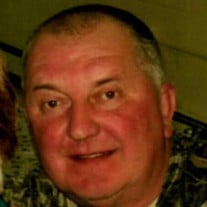 Andrew J. “Andy” Reedy, 69, of Rimersburg, passed away unexpectedly on Tuesday, July 6, 2021 at his home. He was born on October 10, 1951 in Huey; son of the late Andrew Jack and Betty Belle Bobbert Reedy. Andy graduated from Union High School in 1969 and then enlisted in the US Navy and proudly served from 1970 to 1976. He married the former Cheryl Fox on May 30, 1970, who survives. Andy worked as a Coalminer for Penn Allegheny Coal Company until he retired. He was of the Protestant faith. Andy was a member of the United Mine Workers of America. He enjoyed fishing, hunting, and spending time with his grandchildren. Andy always made anyone’s day. He was a well-liked person who could always make you laugh. He was also known as “Pap” by many people. Andy is survived by his loving wife, Cheryl of 51 years; his daughter, Renee Ferris and her husband, Brad, of Rimersburg; two grandchildren, Kalob Reedy and his wife, Katlyn, of Sligo and Nikki Ferris and her boyfriend, Justin Anthony, of New Castle; and three great-grandchildren, Jaxton Anthony of New Castle, and Kynslee and Karter Reedy, both of Sligo. He is also survived by his siblings, John Reedy and his wife, Marge, of New Kensington, Joyce Bish and her husband, Eugene, of Hermitage, Arnold Reedy and his wife, Karen, of Parker, and Andrew “Little Andy” Reedy and his girlfriend, Jane Payton, of Ohio; and numerous nieces and nephews. Andy was preceded in death by his parents; his son, Michael Reedy; a sister, Jeanne Stewart and her husband, Scott; his uncle and bestfriend, Joe Bobbert; and his beloved dog, Nittany. The family will receive friends from 1 p.m. to 2:45 p.m. on Friday, July 9, 2021 at the Burns Funeral Home & Crematorium, Inc. in Rimersburg with Military Honors to be accorded by the American Legion Honor Guard Post #0454 and the VFW Post #7132 of Rimersburg at 2:45 p.m. Funeral services will follow in the funeral home at 3 p.m. with Rev. Daniel Myers, pastor presiding. In lieu of flowers, Memorials or donations can be made in Andy’s name to the Wounded Warrior Project online.

The family of Andrew J. Reedy created this Life Tributes page to make it easy to share your memories.

Send flowers to the Reedy family.