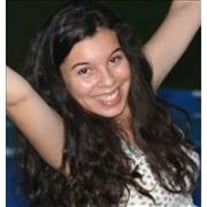 Barbara Margrit Schweitzer, 16, of Highland Drive Shippenville, passed away Friday, March 20, 2009, at the Children’s Hospital in Pittsburgh, following a bout with cancer. Barbara was strong, happy, and courageous throughout her year and a half battle with cancer and was very inspirational to others. Born December 16, 1992, in Chillan, Chile, she was the daughter of Christian and Paula Schweitzer of Shippenville. Barbara attended the Clarion Area High School and was currently in the tenth grade. She was a member of the Immaculate Conception Church in Clarion. Barbara was an avid reader, enjoyed painting, listening to music, and spending time with her friends. In addition to her parents, she was survived by three brothers, Sebastian, Nicolas, and Daniel, all of Shippenville; and grandparents, Augusto and Maria Eugenia Schweitzer, and Orlando and Angelica Seguel, all of Chile. The family will receive friends on Monday from noon to 1:30 p.m. at the Robert V. Burns Funeral Home in Clarion. Mass of Christian Burial will be celebrated Monday at 2 p.m. at the Immaculate Conception Church in Clarion with Monsignor Jan Olowin, pastor of the St. Michaels Church in Emlenton, and Rev. Monty Sayers, pastor of the Immaculate Conception Church in Clarion, presiding. Further services will be held in Chile. Interment will be held at the Municipal Cemetery in Chillan, Chile.

Barbara Margrit Schweitzer, 16, of Highland Drive Shippenville, passed away Friday, March 20, 2009, at the Children&#8217;s Hospital in Pittsburgh, following a bout with cancer. Barbara was strong, happy, and courageous throughout her year and... View Obituary & Service Information

The family of Barbara Margrit Schweitzer created this Life Tributes page to make it easy to share your memories.

Send flowers to the Schweitzer family.