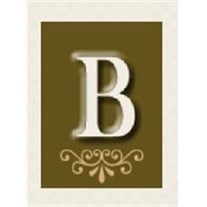 Beverly J. "Beaver" Ripley, 63, of Smith Street, Rimersburg, died early Saturday morning, May 7, 2011, at Clarview Nursing Home in Sligo. Born December 12, 1947, in Elmira, NY, she was the daughter of George W. and Jane Kelley Miller. She was married on February 11, 1967, to Donald J. Ripley Sr. and he survives. She retired from Target in Butler.  She was of the Baptist faith. Surviving in addition to her husband are two children, Donald J. Ripley Jr. of Sanford, FL; and Tonya Lea Leita and her husband, Richard, of Castlebury, FL; four grandchildren, Patrick Nicholas Marlow, Seth Colin Ripley, Matthew Taylor Marlow, and Stacie Jane Ripley, all of Florida. Also surviving are four brothers, Robert, George, David, and Ken Miller, all of New York, and Tommy Miller of AZ; and a sister, Patricia Horn of New York. Her parents preceded her in death. There will be no visitation and a private funeral service will be held.

The family of Beverly J. Ripley created this Life Tributes page to make it easy to share your memories.

Send flowers to the Ripley family.