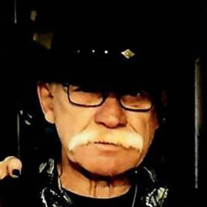 Blake I. Hinderliter, Jr., 78, of Shippenville, passed away Sunday morning, October 31, 2021 at his home following a lengthy illness. He was born on June 15, 1943 in Strattanville; son of the late Blake E. Hinderliter, Sr. and Phyllis Smith Hinderliter Dolby. Blake married Paula Stetler on February 18, 2021, who survives him. He drove truck for over 30 years working for various companies, lastly for Ward where he retired. Blake proudly served in the US Navy for over 14 ½ years. He was a member of the Eagles Club #3807 of Clarion, the American Legion Post #720 of Knox, and the Antler Club of Lucinda. Blake enjoyed hunting, fishing, boating, tinkering in his garage, shooting his guns, and being outdoors. He also loved spending time with his cat, McGee. Blake is survived by his loving wife, Paula; his children, Blake Hinderliter, III of Dubois, LaVay Hinderliter of Pittsburgh, Joe Hinderliter and his wife, Maryann, of Kittanning, Deana Wright of Clarion, and Jackie Kozakovsky and her husband, Robert, of New Bethlehem; 14 grandchildren; and 15 great grandchildren. He is also survived by his brother, Jim Hinderliter and his wife, Pat, of Strattanville; his sister, Jacqueline Smith and her husband, Leonard, of Clarion; and numerous nieces and nephews. In addition to his parents; Blake was preceded in death by his first wife, Shirley Mae; a grandson, Buddy Ritchey; a brother, Randy Dolby; and a sister, Paula Ellen Bowser. Family and friends will be received from 2 p.m. to 4 p.m. and 6 p.m. to 8 p.m. on Thursday, November 4, 2021 at the Robert V. Burns Funeral Home in Clarion. Military Honors will be accorded by the American Legion Post #066 of Clarion at 10:45 a.m. on Friday, November 5, 2021 in the funeral home with funeral services to follow at 11 a.m. with the Rev. Randy Evans presiding. Interment will take place in the Pleasant Hill Cemetery in Shippenville.

Blake I. Hinderliter, Jr., 78, of Shippenville, passed away Sunday morning, October 31, 2021 at his home following a lengthy illness. He was born on June 15, 1943 in Strattanville; son of the late Blake E. Hinderliter, Sr. and Phyllis Smith... View Obituary & Service Information

The family of Blake I. Hinderliter Jr. created this Life Tributes page to make it easy to share your memories.

Blake I. Hinderliter, Jr., 78, of Shippenville, passed away Sunday...

Send flowers to the Hinderliter family.