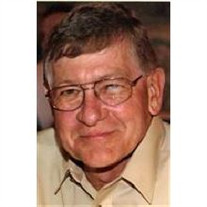 Brady D. Kadunce, 66, of Highland Township, Clarion County, passed away Monday, July 20, 2015, at UPMC Presbyterian, Pittsburgh. He was born March 10, 1949, in New Castle, a son of the late David and Eleanore Orkis Kadunce. Brady was a 1967 graduate of Burrell High School and attended Spring Garden College. He was a veteran of the Vietnam War, serving as a corporal in the Marine Corps. for two tours of duty from June 1967 to June 1971. Brady was employed as a programs coordinator for Cleveland Brothers Equipment Company (formerly Beckwith Machinery) Caterpillar Dealerships in Murrysville. He previously worked for Adobe Mining Company. He was an active board member in the Clarion Venango Forest County Farm Bureau, also serving as its past president, Clarion County Democratic Party, past member of Local 66 Operating Engineers and was an originating member of the Silvermoon Riders Motorcycle Club, which hosted the original bike shows during the Autumn Leaf Festival at the Clarion Mall. Brady raised dairy goats and was involved with the Clarion County 4-H program and, along with his wife and son, was instrumental in starting the goat program at the Clarion County Fair for 4-H. He was also a member of the Clarion VFW. Brady was known to have strong opinions on a number of topics and always had a good sense of humor. He had many special valued friends. In particular, he had a great appreciation toward his special aunt, Joanie Kline, and his cousins, Keith Orkis and Jeff Longo. Brady enjoyed riding his Harley, giving it up for a fishing boat and a camping trailer to enjoy time in the Finger Lakes and especially in recent years at Camp Pendergast near Lake Chautauqua, N.Y. Brady is survived by his wife of 37 years, Nancy M. Claypool Kadunce; his son, Branden D. Kadence and his girlfriend, Amber Roth, of Frisco, N.C.; brother, Kevin C. Kadunce, of Daphne, Ala..; mother-in-law, Nora M. Claypool, of Tarentum; sisters-in-law, Diana Kadunce, of New Kensington, and Janice Stewart, of Tarentum; brothers-in-law, Raymond Claypool, of Butler, and David (Robin) Claypool, of Tarentum; and by numerous aunts, uncles, cousins and three nieces and a grandniece and grandnephew. In addition to his parents, he was preceded in death by his brother, Randy Kadunce; father-in-law, Alton D. Claypool; brother-in-law, Robert Stewart; sister-in-law, Rita Claypool; maternal grandparents, Zigmund and Cecilia Orkis; and paternal grandparents, Max and Sophia Kadunce. Friends will be received from 4 to 8 p.m. Saturday in the CICHOLSKI-ZIDEK FUNERAL HOME INC., 1522 Carlisle St., Natrona Heights, 724-224-8688, and from 1 to 5 p.m. Sunday in the ROBERT V. BURNS FUNERAL HOME, 638 Wood St., Clarion. A Christian Wake service will be held at 5pm in the funeral home.  Military honors will be held at 10:30 am on Monday at the funeral home ; Mass of Christian Burial will be held at 11 a.m. Monday in Immaculate Conception Church, Clarion, with his pastor, the Rev. Monty Sayers, as celebrant. Burial will be private. In lieu of flowers, contributions in memory of Brady may be made to the Clarion Venango Forest County Farm Bureau Scholarship Fund, c/o Rick Griebel, 946 Engel Run Road, Lucinda, PA 16235. The USMC League, Allegheny Valley Detachment 827, will hold services at 4:30 p.m. Saturday in the funeral home.

Brady D. Kadunce, 66, of Highland Township, Clarion County, passed away Monday, July 20, 2015, at UPMC Presbyterian, Pittsburgh. He was born March 10, 1949, in New Castle, a son of the late David and Eleanore Orkis Kadunce. Brady was a 1967... View Obituary & Service Information

The family of Brady D. Kadunce created this Life Tributes page to make it easy to share your memories.

Send flowers to the Kadunce family.