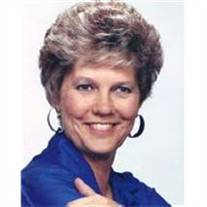 Carol Janine (Lott) Orshal, 71, of Fairmount City, passed away Friday, January 22, 2010 after a long battle with cancer. She was born in Johnson City, New York on October 5, 1938 to Harry and Marjorie Lott. She worked as a secretary until her compassion and love of learning led her to fulfill her childhood dream of becoming a nurse.  At age 50, she enrolled in college where she completed a two year course in one year, made the honor roll as well as the Dean's list, while working as a Certified Nursing Assistant. She worked as a nurse for 19 years where her loving smile and compassion eared the trust and long frienshps with many of the people and families she cared for. She opened a residential care facility taking people into her home to care for them, again making friends and always offering respect and true warmth of spirit to those in her care.  Taking the time to talk and hold a hand came naturally to her.  Janine moved to California in 1962 and then to Texas in 2008.  She moved back to PA last summer because she found true love and soul mate, Cromer Gathers, of Fairmount City, PA. Janine, a beatiful loving mother, grandmother, daughter, sister and friend is survived by her beloved Cromer Gathers; her father, Harry Lott; sister, Judy; three brothers, David, Robert, and Doug.  She is also survived by four children, Wilson J. Orshal, Timothy S. Orshal, Kathleen J. Willette, and Michael D. Orshal; son-in-law, Dave Willette; daughters-in-law, Debbie Orshal and Debra Champion; six grandchildren, Erin, Shannon, Alisa, Steven, Lacey, and Alan; and eight great grandchildren, Jacquelyn, Bryona, Alex, Clayton, Alan Jr., Chandler, Aiden, and Olivia. Janine is preceded in death by her mother, Marjorie Lott; her sister, Nancy Bloom; her brother, Tommy Lott; and sister, Joan Bartholamu. A memorial service will be held for Janine Thursday, January 28, 2010, at 6 PM at the Nevin Memorial Untied Church of Christ.

Carol Janine (Lott) Orshal, 71, of Fairmount City, passed away Friday, January 22, 2010 after a long battle with cancer. She was born in Johnson City, New York on October 5, 1938 to&#160;Harry and Marjorie Lott. She worked as a secretary... View Obituary & Service Information

The family of Carol Janine Orshal created this Life Tributes page to make it easy to share your memories.

Send flowers to the Orshal family.