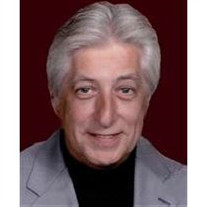 Cary G. Beichner, 59, of 576 South 3rd Avenue, Clarion, died early Sunday morning, December 18, 2011, at the U.P.M.C. Presbyterian Hospital in Pittsburgh. Born January 10, 1952, in Millcreek Twp; he was the son of Austin C. and Alice Z. Drumheller Beichner. Mr. Beichner was married on May 5, 1969 to the former Judie A. Ganoe, and she survives. He was a 1969 graduate of Clarion Limestone High School.  He then received his associated degree from H.T. Kerr School of Arts is Titusville. Mr. Beichner worked as a self-employed video specialist. He was a member of the Immaculate Conception Church in Clarion. Mr. Beichner had a great passion for music and was a musician his whole life.  He loved his family and NASCAR as well. In addition to his wife, he is survived by three children, Corey G. Beichner and his wife, Neva, of Clarion; Kimberly D. Routson of Denver, Co; and Jamie M. Beichner of Shippenville; and five grandchildren, Ryan Johnson, Nathan Johnson, Richard Floyd, Airin Beichner, and Taelor Beichner. Also surviving are two sisters, Judy Cummings and her husband, Terry, of Salina, KS; and Barbara Salzgiver of Clarion. He was preceded in death by his parents. Family will receive friends from 4 to 8 p.m. on Wednesday, December 21, 2011, at the Robert V. Burns Funeral Home, 638 Wood Street, Clarion. Funeral services will be held at 10 a.m. on Thursday, December 22, 2011, in the funeral home with Rev. Monty Sayers, pastor of the Immaculate Conception Church in Clarion, officiating. Interment will be held in the Cedarview Memorial Park in Strattanville. In lieu of flowers, memorial donations can be made in care of Judith Beichner at the Northwest Bank in Clarion.

The family of Cary G. Beichner created this Life Tributes page to make it easy to share your memories.

Send flowers to the Beichner family.