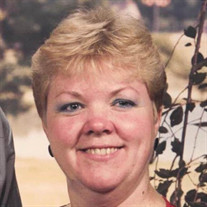 Cathy L. Neal, 74, of Brookville, passed away early Tuesday morning, May 10, 2022 at the Jefferson Manor Health Center in Brookville following a brief illness. She was born on February 21, 1948 in Brookville; daughter of the late Joseph A. and Melda P. Coulter Clark. Cathy was a 1966 graduate of Clarion Limestone High School. She then married the love of her life, Walton “Walt” Neal, on March 11, 1967, who survives. Cathy worked as a teacher’s aide for Hickory Grove in Brookville, retiring after 30 plus years. She loved to sew and enjoyed everything about cooking. Cathy was always watching cooking shows and looking up new recipes. She also enjoyed helping out at the Special Olympics every year. Cathy always looked forward to going out to lunch with her posse, Joan, Lindy, Teresa, and Darla. For those who knew Cathy knew how much of a fighter she was. She battled multiple types of cancer throughout her life and never gave up. She is survived by her husband, Walt of 55 years; her daughters, Mindi Verdill and her husband, Michael, of Sligo and Shani Neal and her husband, Christopher Hospers, of Pittsburgh; and 3 grandchildren, Neal Hospers of Pittsburgh and Beau and Bailee Verdill of Sligo. Cathy is also survived by her sister, Nancy Armagost of Corsica; along with numerous nieces and nephews. In addition to her parents, Cathy was preceded in death by her sister, Sally Bish, and her brothers-in-law, Larry Bish and David Armagost. The Robert V. Burns Funeral Home in Clarion is handling the arrangements. Per Cathy’s wishes, there will be no public visitation and all services will be private. The family would like to extend a special thank you to the staff at Jefferson Manor for their excellent care and love they showed Cathy. In lieu of flowers, Donations can be made in Cathy’s honor to the Special Olympics online at www.specialolympicspa.org or to Saint Jude Children’s Hospital online at stjude.org.

Cathy L. Neal, 74, of Brookville, passed away early Tuesday morning, May 10, 2022 at the Jefferson Manor Health Center in Brookville following a brief illness. She was born on February 21, 1948 in Brookville; daughter of the late Joseph A. and... View Obituary & Service Information

The family of Cathy L. Neal created this Life Tributes page to make it easy to share your memories.

Send flowers to the Neal family.