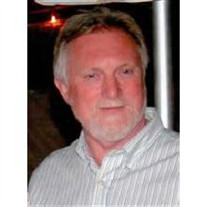 Charles Donald Martin, 63, of West Wood Drive, Clarion, died at UPMC Presbyterian Hospital in Pittsburgh following a motorcycle accident in Monroe township on Friday, August 14, 2009. Born November 18, 1945, in Brookville, he was the son of Donald O. and Dorothy J. Reinsel Martin. He graduated from the Immaculate Conception Catholic School in 1964.  He received a business administration degree from Williamsport Community College in 1967. Mr. Martin was an Army veteran serving from 1967 to 1969, where he received Good Conduct Metal, National Defense Service Metal, and he was an expert rifleman. He worked for Owens Illinois Glass Plant for 28 years, retiring as an operator in the forming department. Mr. Martin was of the Catholic faith. He was a member of the Rod and Gun Club in Knox, NRA, American Legion Post #66 in Clarion, and ABATE of Pennsylvania. Mr. Martin enjoyed riding his motorcycle, watching sports, and was a gun enthusiast, along with collecting and shooting guns. He is survived by sons, Michael Martin of New York City; Mark Martin and wife, Jessica, of Johnstown; Scott Martin of Clarion; Robert Martin and wife, Pamela, of Strattanville; daughter, Leah Martin of Clarion; and five grandchildren, Nicholas, Justin, Aaron, Gideon, and Sidney.  Also surviving are brother, Richard Martin of Clarion; sister, Barbara Aamoth of Minneapolis, MN; and number of nieces and nephews. In addition to his parents, he was preceded in death by one infant son, Charles Martin Jr. Family will receive friends from 6 to 9 p.m. on Monday, August 17, 2009, at the Robert V. Burns Funeral Home in Clarion. Military honors will be held at 10:45 a.m. on Tueday, August 18, 2009, at the funeral home accorded by the American Legion post #66 of Clarion. Memorial service will follow at 11:00 a.m. Donations and memorials can be made to a charity of one’s choice.

The family of Charles Donald Martin created this Life Tributes page to make it easy to share your memories.

Send flowers to the Martin family.