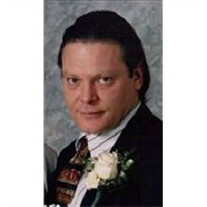 Daniel R. Moore, 51, of 38 Greenville Avenue, Clarion, passed away Tuesday, October 21, 2008 at his residence. Born February 26, 1957, in Brookville, he was the son of J. Robert and Elaine D. Moore. Mr. Moore graduated from Clarion High School in 1975 and Williamsport Community College in December 1978 with an associate degree in carpentry and building construction.  Although he did general construction, he took great pride in his carpentry skills and enjoyed working on older homes.  He looked forward to family gatherings and hunting and fishing with his wife, father, and other members of the Moore family.  He was an avid Steelers and NASCAR Dale Jr. fan. He was baptized in the United Methodist Church of Clarion and remained in the Protestant faith. He married Terri Lynn Etzel on February 3, 2000, and she survives. In addition to his wife and parents, he is survived by his son, Zachary R. Moore, a student at the University of Pittsburgh, and his daughter, Danielle E. Delp and husband Jode of Hazen, and his granddaughter Alessa Elizabeth Delp.  He is also survived by a sister, Lorna D. McClimans of Franklin and his nephew, Robert N. McClimans of Falling Waters, WV.  Surviving also, are numerous aunts and uncles.  He will be sadly missed by his close friend and neighbor, Mary Sue Lowman, with whom he shared his compassion for all animals. He was preceded in death by both his maternal and paternal grandparents. Viewing will be from 6 to 9 p.m. Friday at the Robert V. Burns Funeral Home in Clarion. Funeral services will be at 11 a.m. Saturday in the funeral home with Rev. William A. Houben Jr. officiating. Interment will be in the Clarion Cemetery.  In lieu of flowers, the family requests memorial contributions be made to the local PAWS organization, PO Box 804, Clarion, 16214, or to a charity of one’s choice.

The family of Daniel R Moore created this Life Tributes page to make it easy to share your memories.

Send flowers to the Moore family.