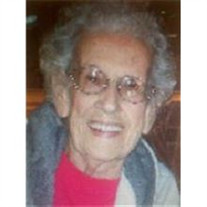 Delaphene A. Davis, 91, of 20177 Route 68, Clarion, died Sunday, April 24, 2011, at the Clarion Hospital. Born October 24, 1919, in Cherry Run, she was the daughter of Edward E. and Parma Taylor Courson. Mrs. Davis graduated from the Sligo High School in 1937. She was married on December 6, 1939 to Dean E. Davis, who preceded her in death on July 25, 1985. Mrs. Davis retired from Owen-Illinois Glass Plant in 1978. She was a member of the Monroe Chapel United Methodist Church. Mrs. Davis was also a 50 year member of the Clarion Chapter of the Order of the Eastern Star. She enjoyed quilting, crocheting, crossword puzzles, and reading.  So also enjoyed her family, gardening, and yard work. Surviving is her daughter, Bonita Lee Davis of Alexandra, VA; a special niece, Cheryl Courson of Clarion; and many other nieces and nephews. In addition to her parents and husband, she was preceded in death by three brothers, Milton, George, and Louis Courson. Family will receive friends from 6 to 9 p.m. on Tuesday, April 26, 2011, at the Robert V. Burns Funeral Home, 638 Wood Street, Clarion. An Eastern Star service will be held at 6:45 p.m. on Tuesday, April 26, 2011, in the funeral home by the Clarion Chapter. Funeral services will be held at 11 a.m. on Wednesday, April 27, 2011, in the funeral home with Pastor Kate Reitz officiating. Interment will be held in the Cedarview Memorial Park in Strattanville. Memorials and donations can be made to the Clarion Forest VNA, 305 Main Street, PO Box 668, Knox, PA  16232; or the American Diabetes Association, 300 Penn Center Blvd, Suite 700, Pittsburgh PA 15235.

The family of Delaphene A. Davis created this Life Tributes page to make it easy to share your memories.

Send flowers to the Davis family.