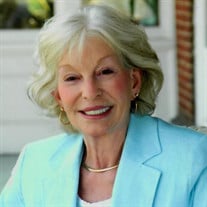 Dolores M. “Dee” Thrush, 87, of Clarion passed away on Wednesday, October 27, 2021 at the Clarview Nursing and Rehabilitation Center in Sligo. She was born on December 31, 1933 in Strattanville; daughter of the late Charles Howard and Lavina Percy Leadbetter. Dee married Clyde “Buck” Judy on April 13, 1958, who preceded her in death on April 20, 1986. She then married Herbert Thrush on January 24, 2003, who survives her. Dee worked at the Owens Illinois Glass Plant in Clarion for twenty-five years until she retired. She was a member of the First Presbyterian Church in Clarion. Dee was also a member of the American Legion Post #066 in Clarion. She enjoyed working in her flower beds, crocheting, cooking, and dancing. Dee is survived by loving husband, Herbert; her two daughters, Karla Loll and her husband, Joe, of Lucinda and Louann Good of Warren; and numerous grandchildren and great grandchildren. She is also survived by her siblings, Jan Clinger of Corsica, Dave Leadbetter and his wife, Sandy, of Corsica, Ted Leadbetter and his wife, Kimi, of Virginia, Bill Leadbetter and his wife, Nancy, of Arizona, and Peg Summerville of Tennessee; and numerous nieces and nephews. In addition to her parents and first husband, Dee was preceded in death by her two sons, Mike Leadbetter and Ted Judy; two sisters, Donna Hilliard and Jean Bash; and a brother, Jim Leadbetter. The Robert V. Burns Funeral Home in Clarion is handling the arrangements. Per Dolores' wishes, there will be no public visitation and all services will be private. Interment will take place in the Saint Joseph Catholic Cemetery. In lieu of flowers, Donations can be made in Dolores’ name to the Alzheimer’s Association online at alz.org.

Dolores M. &#8220;Dee&#8221; Thrush, 87, of Clarion passed away on Wednesday, October 27, 2021 at the Clarview Nursing and Rehabilitation Center in Sligo. She was born on December 31, 1933 in Strattanville; daughter of the late Charles Howard... View Obituary & Service Information

The family of Dolores M. Thrush created this Life Tributes page to make it easy to share your memories.

Send flowers to the Thrush family.