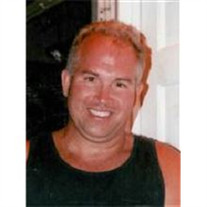 Doug Rue, 55 years old, died while at work in Fairmont City, Saturday, April 30, 2011. He called home 4011 Piney Dam Road, Clarion. We believe he is now blessed to being in his true home with Jesus. Doug was born on April 11, 1956 in San Diego, California. He married the former Brenda Ann McMaster on June 25, 1994, in an outside ceremony in Endeavor, PA. Together they raised three amazing children, Cody, Brendan (Bubba), and Lakein. Doug attended Warren Area High School. He graduated in 1978 from Penn State University, University Park, with a dual major in Business Administration and Marketing. Surviving him are his wife and best friend, Brenda Rue of Clarion; his sons, Cody and his companion, Tory Wensel, Brendan (Bubba) and his companion, Ali Edmonds, and daughter, Lakein Marie, all of Clarion; and his parents-in-law, Jack and Gordene McMaster also of Clarion. He was preceded in death by his adoptive parents, Harland J. Rue II in 1965, and Dale Holcomb (Rue) Clever in 2010. Doug's employment included a lifetime in the sales industry. He was most recently employed by Baker Hughes. Doug especially enjoyed his fellow employees and the privilege of working for a company that was devoted to safety, employee consideration, and respect. Doug will always be remembered for his most unique and powerfully contagious laugh. He was always heard at the athletic events whether it be the Bobcats or the Nittany Lions. His greatest pleasures were the events he shared with his wife and children. Never having missed his sons on the football, baseball field, or on the basketball court. He continued to be especially proud of his daughter in her academic achievements, band concerts and love for animals. Doug was an avid fisherman, hunter, and appreciated wildlife and nature. He recently had shared with Brenda that although he has been hunting and fishing since he was very young, it never compared to the joy he felt when sharing those times with her and their children. Doug's favorite water spot was at Lake Champlain, N.Y. where he spent numerous family vacations. He will always be remembered by his persistence in "catching that big one" off the end of the breakwater, or smiling proudly as he enjoyed watching Brenda, Cody, Bubba, and Lakein swimming, water skiing, tubing or jet skiing. Doug will always be remembered by his dedication and unyielding support to Brenda and their children. His passion and joy for life, his belief in Christ as his Saviour, is the legacy he has left for all of us. Please join Doug's family as they Celebrate and Share their 20 years of love and memories on Saturday, May 7, 2011 at 1 p.m. at the Robert V. Burns Funeral Home, 638 Wood Street, Clarion. Doug's family encourages their friends to remain at the funeral home following the Celebration service for a meet and greet time together. Private burial will be at a later date at Rouses Point, Lake Champlain, New York.   In lieu of flowers, make donations to the Douglas J. Rue Scholarship Fund at the Farmer’s National Bank, 21 South 6th Avenue, Clarion, PA 16214.

The family of Douglas J. Rue created this Life Tributes page to make it easy to share your memories.

Send flowers to the Rue family.