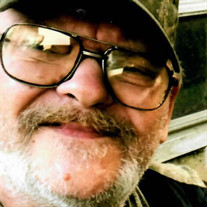 Franklin C. “Butch” Neely, 61, of Rimersburg, passed away unexpectedly of natural causes Saturday evening, May 22, 2021 at his home. He was born on March 22, 1960 in Parker; son of the late Charles Neely and Velma Fair Harkless. Butch graduated from Keystone High School. He worked at the former Dutch Pantry as a dishwasher up until he became disabled. Butch attended the Carwick Wesleyan Church in Rimersburg. He enjoyed fishing, working on tractors and cars, having cookouts, watching wrestling on television, and listening and playing music. Butch is survived by his girlfriend, Amanda Best of Rimersburg; three daughters, Kirsten Wolff, Shealeen Neely, and Janae Neely, all of Mayport; his wife, Cindy Neely, also of Mayport; and one grandchild on the way. He is also survived by his two sisters, Pearl Pastilock of Clarion and Anna Marlene Summerville of Knox; a brother, Alfred Neely and his wife, Shilo, of Salem, OH; two step-sisters, Cheryl Best and Dana Best, both of Rimersburg; his close friends who treated him like a son, Ken and Debra Best of Rimersburg; numerous nieces and nephews, including a special nephew, Bryan Best; and his beloved dog, Chunky. Butch was preceded in death by his parents; paternal grandparents, Frank and Edna Neely; and his maternal grandparents, Millard and Anna Fair. The Burns Funeral Home & Crematorium, Inc. in Rimersburg is handling the arrangements. There will be no public visitation. A memorial service will be held at a later date.

The family of Franklin C. Neely created this Life Tributes page to make it easy to share your memories.

Send flowers to the Neely family.