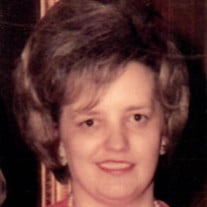 Gale D. Brooks, 78, of Shippenville, passed away Thursday evening, March 5, 2020 at her home. She was born on May 23, 1941 in Christiansburg, Virginia; daughter of the late Wilbert Earl “Brownie” Brooks and Edith M. Kammerdiener Brooks Koiko. Gale was raised in the Corsica area, graduating from Clarion-Limestone High School in 1959. She then received a Bachelor of Science and 2 Masters of Science degrees from Clarion University. Following a 22 year committed relationship, Gale was married, when it became legal, to Patricia M Whetzel in Vermont on June 10, 2014; whom survives. She worked for 13 years for President Richard Nixon, Governor Evan Macham of Arizona and other Republican candidates followed by a career in Christian broadcasting at the 700 Club of Virginia Beach. She also assisted Russ & Norma Bixler to begin Christian television in Pittsburgh. Returning to Clarion area to take care of her ailing mother, Gale began working for Clarion County Mental Health and retired as Supervisor of Crisis Intervention Services where she helped suicidal, homicidal, and/or people unable to care for themselves. In addition to her spouse, Gale is survived by her six nieces and nephews; nine great nieces and nephews; two great, great nephews; and two great, great nieces, whom all live in Pennsylvania, Arizona, or Vermont. She was preceded in death by her parents and a brother: Raymond C. Hummel. Per Gale’s wishes, there will be no public visitation. All services will be private. Interment will be held in the Cedarview Memorial Park in Strattanville. In lieu of flowers, Donations or memorials in Gale’s name can be made to the American Heart Association or the Clarion Forest VNA, 271 Perkins Road, Clarion, PA 16214.

The family of Gale D. Brooks created this Life Tributes page to make it easy to share your memories.

Send flowers to the Brooks family.