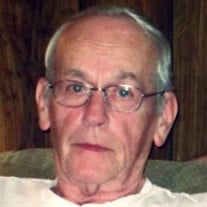 Gary W. Anderson, 79, of Clarion, passed away peacefully at home on Tuesday, November 28, 2017 surrounded by his loving family. He was born on December 7, 1937 in Argentine, PA; son of the late Harry W. “Ted” and Ethel Deets Anderson. Gary was a 1955 graduate of Concord High School. After High School, he served our country in both the Army and Navy. He also served in the Naval reserves. While in the Navy, Gary achieved the rank of Chief Petty Officer. He had multiple tours in Vietnam, served in the Gulf of Tonkin and the Bay of Pigs. Gary was awarded with the Vietnam service medal, Armed Forces Expeditionary medal, the Navy Commendation medal, the Navy Good Conduct medal, the National Defense medal, as well as others. After his 24 years in the military, he attended the Clarion College, then went to work for Owen’s Illinois Glass Plant, where he retired from in 2000. Gary married Bonnie June Terwilliger on October 19, 1959, and she survives. He was a member of the Clarion V.F.W. Post #2145 and the American Legion Post #066. Gary enjoyed crossword puzzles, reading, gardening, the family dogs, Ollie and Oscar, and the family cat, Lillie. He had an extensive knowledge of facts and trivia and could answer nearly every question correctly in any game show on television. Gary also enjoyed his travels in the Military to Europe, Argentina, and Japan. In his youth, he was both a talented artist and writer. Gary had a keen wit, with a dry sense of humor that was often lost on others. He is survived by his loving wife, Bonnie, his children, Ted Anderson and his wife Peg of Pittsburgh, Sharon Anderson and her husband Larry of Shippenville, Dana Michelle Anderson-Reinhardt and her husband Jeff of Charlotte, NC, Brian Anderson and his wife Teresa of New Bethlehem, Ernie Anderson and his wife Darlene of Gettysburg, Robert Eric Anderson of Clarion, and Gary Anderson of Clarion, twelve grandchildren, and six great grandchildren. Gary is also survived by his siblings, Dana Balsamo of Parker, Betsy Kriebel of York, Kathleen Branham of Redkey, IN, and Danny of Denver, CO. He was preceded in death by his parents, his sisters, “Little” Elsie Genevieve Anderson and Valjean McIlwain, and a granddaughter, Kristen Cope. Gary was loved dearly by his family and will forever be missed. There will be no public visitation. Services will be private.

The family of Gary W. Anderson created this Life Tributes page to make it easy to share your memories.

Gary W. Anderson, 79, of Clarion, passed away peacefully at home...