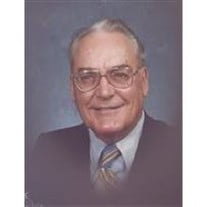 George Ireland Stanley, Sr., 93, of Marble, passed away on Wednesday, February 3, 2016 at his home. He was born in Westville, New Jersey, on September 7, 1922. He lived in Glasgow, Scotland, for one year with his parents, William and Elizabeth... View Obituary & Service Information

The family of George I Stanley Sr. created this Life Tributes page to make it easy to share your memories.

George Ireland Stanley, Sr., 93, of Marble, passed away on Wednesday,...

Send flowers to the Sr. family.