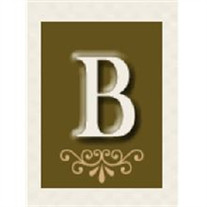 Gordon L. Eakin, 72, of Lander Drive, Lucinda, died Friday, January 6, 2012, of natural causes at his residence. Born July 19, 1939, in Butler; he was the son of Arnold and Myrtle Barber Eakin. He was married on December 3, 1960 to the former Patricia Murray, and she survives. A veteran, Mr. Eakin served in the Navy. He worked for the U.S. Bureau of Mines. In addition to his wife, he is survived by three children, Denise Dorsch and her husband, Gregory, of St. Airy, MD; Heidi Pullara and her husband, Vincent, of Glen Arm, MD; and Corinna Whyte and her husband, Micheal, of Lewis Center, OH; and six grandchildren. Also surviving are two siblings, Richard Eakin and Arlene Rensel, both of Butler. He was preceded in death by his parents. There will be no visitation and funeral services will be private.

The family of Gordon L. Eakin created this Life Tributes page to make it easy to share your memories.

Send flowers to the Eakin family.