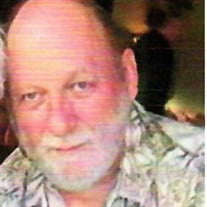 Harold T. “Hal” Kolhagen, 72, born on September 4, 1945, bid farewell to the world we know on November 22, 2017 with wife of 45 years, Karen (Laughlin) and daughter, Marcie Fenstermaker, by his side. Known for his spirited sense of humor, relentless dedication to the Detroit Lions, culinary skills, and green thumb, his was a life certainly well-lived. Hal was born in Saginaw, Michigan to the late Harold F. and Reva Kolhagen. He served in the United States Army and was stationed in Germany. After serving in the Army in Germany, he worked at General Motors in Michigan. In the 1980’s, Hal moved to Clarion with his wife and partner in everything. Karen. He eventually retired following a long career with Clarion School District. He was a member of the American Legion Post #066 and the Moose Lodge #101 both of Clarion. Hal’s greatest pride, aside from his daughter, Marcie, married to Joe Fenstermaker, is his beautiful granddaughter, Avery Fenstermaker, whom he loved dearly. He is also survived by two sisters, Diane Brandel and her husband Wayne of Saginaw, Michigan and Joanne Weirauch, also of Saginaw, Michigan. Hal was preceded in death by his parents. Family will receive friends from 11 a.m. to 1 p.m. on Sunday, November 26, 2017 at the Robert V. Burns Funeral Home in Clarion. Services will be private.

The family of Harold T. Kolhagen created this Life Tributes page to make it easy to share your memories.

Send flowers to the Kolhagen family.