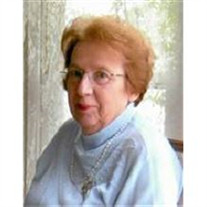 Helen Marie Barber Nall, 79, of Applewood Valley Drive, Clarion, died Wednesday, April 13, 2011, at her residence following a two year battle with cancer.  Born February 16, 1932, in McGrann, Armstrong County, she was the daughter of Mark E. and Mary Elizabeth Crytzer Barber.  She was a graduate of the Class of 1950 from Ford City High School, where she was valedictorian.  In 1954, she graduated magna cum laude from Thiel College.  She then received her Masters of Education in English from Indiana University in 1968.  She was married on June 22, 1956 in to Melvin E. Nall at the Grace Lutheran Church in Manorville, and he survives.  Mrs. Nall taught Latin and English at Kittanning High School and Clarion Area High School for 39 years.  She was a member of the Grace Lutheran Church in Clarion and was the first woman to serve on the church council.  Helen and her husband enjoyed taking cruises after their retirement.  Mr. and Mrs. Nall were the proud parents of Mark E. Nall, grandparents of Larissa and Alexandra Nall, and great grandparents of Brandy N. Pemint, who all live in Alabama.  She was preceded in death by her parents.  Family will receive friends from 7 to 9 p.m. on Thursday, April 14, 2011, and from 2 to 4 p.m. and 7 to 9 p.m. on Friday, April 15, 2011, at the Robert V. Burns Funeral Home, 638 Wood Street, Clarion.  Funeral services will be held at 11 a.m. on Saturday, April 16, 2011, at the Grace Lutheran Church with Rev. Harold Jacobson, pastor of the Grace Lutheran Church, officiating.  Mr. and Mrs. Nall would like to thank the V.N.A. Hospice, The Clarion Cancer Center, and Dr. Luderer.  Memorials and donations can be made to VNA Hospice, 305 Main Street, PO Box 668, Knox, PA  16232; or the Clarion Cancer Center, 150 Doctors Lane, #1, Clarion PA 16214.

The family of Helen M. Nall created this Life Tributes page to make it easy to share your memories.

Send flowers to the Nall family.