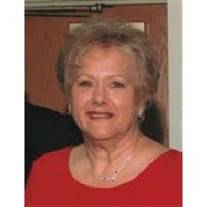 Jacqueline “Jackie” Joy (Hepler) Jordan, 56, of Tionesta, formerly of Kaylor and New Bethlehem, peacefully passed away at her home on Friday, February 1, 2013, following a long and courageous battle with cancer.   Born July 5, 1956 in Mesa, AZ, she is the daughter of the late Jack Hepler and Donna Yough Edwards of Gilbert, AZ.   She was a 1974 graduate of East Brady High School.    Jackie was married on May 31, 1975 to Robert P. Jordan, and he survives.   She enjoyed spending time with her family, reading, playing the piano, and enjoying the outdoors.    In addition to her mother and husband, she is survived by her three sons, Kevin Jordan and his fiancé, Amy Salsgiver, of Glen Campbell, Lee Jordan and his wife, Lauren, of Harrisburg, and Dan Jordan and his wife, Kristin, of Clarion.    Also surviving are her two sisters; Judy Wilfong and her husband, Dave, of Emlenton, and Jennifer Kropp and her husband, Barry, of Gilbert, AZ; and a grandson, Kemmer Jordan of Glen Campbell.    She is preceded in death by her father, Jack Hepler.    Family will receive friends from 4 to 8 p.m. on Monday, February 4, 2013, at the Robert V. Burns Funeral Home, 638 Wood Street, Clarion.   Funeral services will be held at 11 a.m. on Tuesday, February 5, 2013, in the funeral home.   Interment will be held in the Rimersburg Cemetery.

The family of Jacqueline J. Jordan created this Life Tributes page to make it easy to share your memories.

Send flowers to the Jordan family.