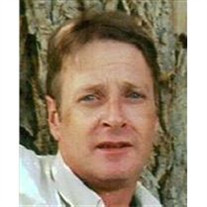 On Monday afternoon (January 26, 2009) Clarion’s James Boyd Alexander fell at the age of 52 to a three-year struggle with renal cell cancer.  Though his most recent stay in the hospital was trying, he has lived happily through his illness since he was diagnosed in November of 2005. A poet at heart, Jim graduated from Pennsylvania State University Honors College with a B.A. in English literature in 1979.  After two years in its English graduate program, he attended law school at the University of North Carolina, Chapel Hill, graduating in 1985.  Since returning home to Clarion County he has practiced law, eventually with is father, the former judge Charles Alexander.  Together they formed Alexander, Alexander, Troese and Seidle in June of 2007.  Jim was lucky enough to love his work, nearly as much as he enjoyed his partners, staff and clients. Jim took enormous pleasure in nearly all facets of life.  He had a great passion for music, both the appreciation and writing of literature and the outdoors (especially fly-fishing and skiing, at which he was quite talented).  But more than anything Jim loved people – he cared for nothing more than his family and friends, and always acted accordingly. Among those blessed to be a part of Jim’s family (which he would say did not consist only of relatives) were his mother Jean Taylor Sayer, his grandparents George “Heap” the second and Miriam Moore Alexander, his uncle George “Heap” the third and his stepmother Maxine Mackenzie Alexander, all of whom have passed.  His loss is suffered by countless friends, nieces and nephews, but especially so by his father, Charles Robert Alexander, his stepmother Peggy Alexander, his wife Trudy Alexander and there two children, Elizabeth Zoe and Ian James Alexander, his two brothers Charles Howard and Stephen George, his mother-in-law Dorismae Snyder, his cousin Anne Gordon and his stepfather Ted Sayer. The family will be holding receptions at Robert V. Burns Funeral Home on Thursday from seven to nine in the evening, again on Friday afternoon from noon to four, and finally Friday evening from seven to nine.  They are asking that donations be made to the Clarion Hospital Foundation, which Jim proudly served, and to the Pet and Animal Welfare Society (PAWS), which he actively supported.

On Monday afternoon (January 26, 2009) Clarion&#8217;s James Boyd Alexander fell at the age of 52 to a three-year struggle with renal cell cancer.&#160; Though his most recent stay in the hospital was trying, he has lived happily through his... View Obituary & Service Information

The family of James Boyd Alexander created this Life Tributes page to make it easy to share your memories.

Send flowers to the Alexander family.