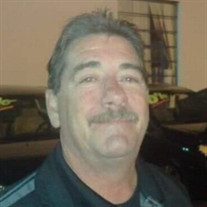 James P. “Jim” Carey, Jr., 68, of Marienville, passed away Saturday morning, January 16, 2021 at the Snyder Memorial Health Care Center due to complications with Covid-19. He was born on October 30, 1952 in Oil City to the late James P Carey and Margaret Hower Stiller. Jim graduated from Keystone High School in 1972. Throughout his career, Jim worked as a successful salesman for various businesses, including Kirby Vacuums. He was an avid outdoorsman and enjoyed hunting, fishing, and golfing. Jim loved sharing his love for these things with everyone, especially his two daughters. Jim was always filled with stories and had an unforgettable laugh. He is survived by his two daughters, Kayla Wayland and husband, Matt, of Shippenville and Nikki Carey of Clarion and three grandchildren, Mattilynn, Hunter, and Gracie Wayland, all of which were his pride and joy. Jim is also survived by his brothers, Thomas Carey of Oxford, Dan Stiller of Shippenville, Chris Stiller of Riverview, FL., Mike Cyphert and his wife, Janet, of Ravenna, OH, and Steve Strickenbarger and his wife, Rhonda, of Rockland; his sister, Beth Anderhalt and her husband, Mark, of Cochranton; a sister-in-law, Linda Stiller of Knox; and numerous nieces, nephews, and cousins. Jim was preceded in death by his mother, Margaret Hower Stiller; his step-father, James Stiller; his father, James P. Carey, Sr.; three brothers, August “Auggie” Stiller, James A. “Tony” Stiller, and Ricky Carey; and a sister, Mary Elder. The Robert V. Burns Funeral Home in Clarion is handling the arrangements. There will be no public visitation. At Jim’s request, he will be cremated. A memorial service will take place at a later date. In lieu of flowers, Memorials can be made in his honor to the Dup15q Alliance, P.O. Box 1669, Highland Park, IL 60035, in honor of his granddaughter, Gracie. The family would like to thank the staff of Snyder Memorial Health Care Center and the nurses, doctors, and staff at UPMC Hamot for their compassionate care. Online condolences can be sent to the family by visiting www.rvburnsfuneralhome.com.

The family of James P. Carey Jr. created this Life Tributes page to make it easy to share your memories.

Send flowers to the Carey family.