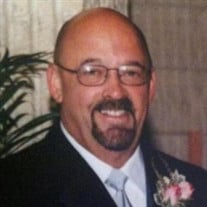 James C. “Jim” Kennedy, 72, of Virginia Beach, VA, formerly of Clarion, PA, passed away on Saturday, September 25, 2021. He was born on May 1, 1949 in Knox; son of the late James Thomas and Edith Gentile Kennedy. Jim married the former Vicki Magrini on November 28, 1970, who survives him. They would have celebrated their 51st Anniversary this November. He was a very successful Sales Manager in the Automotive Industry. Jim proudly served in the US Army Reserves. He was a member of the Saint John The Apostle Roman Catholic Church in Virginia Beach, VA. Jim was an avid golfer and loved playing golf his friends. He also loved playing the drums and spending time with his family, especially his grandchildren. He is survived by his loving wife, Vicki; his three children, Bridget Hoadley and her husband, Travis, of Charlottesville, VA, Chris Kennedy and his wife, Emily, of Mechanicsville, VA, and Nicole Yeany and her husband, Robert, of Virginia Beach, VA; eight grandchildren; Brittany Lowe and her husband, Chad, of Richmond, VA, Amanda Myers of Charlottesville, VA, Jake Hoadley, also of Charlottesville, VA, Walter Kennedy of Mechanicsville, VA, Isabelle Kennedy, also of Mechanicsville, VA, and Hunter Yeany, Brooke Yeany, and Addison Yeany, all of Virginia Beach, VA; and four great grandchildren, Jaiden Lowe, Hayden Mundy, Kinsley Lowe, and Teagan Lowe, all of Richmond, VA. Jim is also survived by his two sisters, Betty Vogelbacher and Barb Kennedy and numerous nieces and nephews. In addition to his parents, Jim was preceded in death by his brother-in-law, Joe Vogelbacher, his father-in-law and mother-in-law, Gus and Ann Magrini; and his sister-in-law, Cheri Mason. The Robert V. Burns Funeral Home in Clarion is helping assist the family. Mass of Christian Burial will be held at the Saint John The Apostle Catholic Church in Virginia Beach, VA with Father Rob Cole presiding. Interment will take place in the Immaculate Conception Catholic Cemetery in Clarion. In lieu of flowers, Memorials or donations can be made to Saint Jude Children’s Hospital online at www.stjude.org.

The family of James C. Kennedy created this Life Tributes page to make it easy to share your memories.

Send flowers to the Kennedy family.