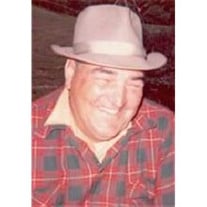 James F. Lahr, 83, of Route 66, Shippenville, died Tuesday, October 11, 2011, at the Golden Living Center in Clarion. Born June 4, 1928, in Clarion, he was the son of Frank and Theresa Huefner Lahr. A veteran in the Navy, Mr. Lahr served during WWII. He was married on June 16, 1951 to the former Shirley J. Parsons, and she survives. Mr. Lahr was the owner of a refuse service in the Clarion area for many years and retired in 1990. He was a member of the Immaculate Conception Church in Clarion. Mr. Lahr was also a member of American Legion in Clarion; Fourth Degree Knights of Columbus where he was past Grand Knight; was past treasurer of the Clarion Rifle and Pistol Club; and was a former Clarion Volunteer Fireman. He enjoyed hunting, fishing and making wine. In addition to his wife, he is survived by six children, Robert Lahr of Newport; David Lahr of Strattanville; and Paul Lahr and his wife, Barbara, of Eustis, FL; Christine Lahr of Enola; Mark Lahr and his wife, Ana, of Beaver; and Leonard Lahr and his wife, Anita, of Shippenville; five grandchildren, Melissa, Trevor, Joseph and his wife, Hanna, Kristin, and Marissa; and five great grandchildren. Also surviving are a brother, Edward Lahr and his wife, Marie, of Clarion; and two sisters, Dorothy Glosser of Youngstown, OH, and Agnes Wein of Columbia. He was preceded in death by his parents, two brothers, Andrew and Charles Lahr, and five sisters, Mary Plyer, Sister Genevieve Lahr, Philamine, Helena Drayer, and Teckla Drayer. Family will receive friends from 2 to 4 p.m. and 7 to 9 p.m. on Thursday, October 13, 2011, at the Robert V. Burns Funeral Home, 638 Wood Street, Clarion. The services of the Fourth Degree Honor Guard from Knights of Columbus will be conducting their services from 7 to 9 p.m. in the funeral home. Military honors will be accorded by American Legion Post #66 at 10:15 a.m. on Friday, October 14, 2011, in the funeral home. Mass of Christian Burial will be celebrated at 11 a.m. on Friday, October 14, 2011, in the Immaculate Conception Church in Clarion with Rev. Monty Sayers, pastor of the Immaculate Conception Church, presiding. Interment will be held in the Immaculate Conception Cemetery in Clarion.

James F. Lahr, 83, of Route 66, Shippenville, died Tuesday, October 11, 2011, at the Golden Living Center in Clarion. Born June 4, 1928, in Clarion, he was the son of Frank and Theresa Huefner Lahr. A veteran in the Navy, Mr. Lahr served during... View Obituary & Service Information

The family of James F. Lahr created this Life Tributes page to make it easy to share your memories.

Send flowers to the Lahr family.