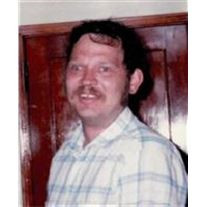 James A. Zacherl, 60, of Greenville Pike, Clarion, died Tuesday, January 25, 2011, at the Clarview Nursing Home in Sligo. Born February 13, 1950, in Clarion, he was the son of the late Michael J. and Marie P. Banner Zacherl. Mr. Zacherl worked for Jim Lahr Sanitation and William Mauthe Sanitation.  Also, he walked five or more miles a day to deliver The Derrick in Clarion for many years. He lived at home and took care of his parents most of his life.  He enjoyed watching television. Mr. Zacherl was a member of the Immaculate Conception Church in Clarion. He is survived by five siblings, Rose Marie Kahle and her husband, Donald, of Sligo; Mona Rita Fox and her husband, Fredrick, of Clarion; Donald Zacherl of Westleigh, New South Wales, Australia; Eileen Parry and husband, Peter, of Red Lion; and Marilyn Chieffe and husband, Ronald, of Hatfield.  Also surviving are numerous nieces and nephews and grand nieces and grand nephews. In addition to his parents, he was preceded in death by brother, Gerald Zacherl. Family will receive friends from 2 to 4 p.m. and 6 to 8 p.m. on Friday, January 28, 2011, at the Robert V. Burns Funeral Home, 638 Wood Street, Clarion. Christian wake service will be at 7:30 p.m. on Friday, January 28, 2011, in the funeral home. Mass of Christian Burial will be held at 11 a.m. on Saturday, January 29, 2011, at the Immaculate Conception Church in Clarion with Rev. Monty Sayers, pastor of the Immaculate Conception Church, presiding. Interment will be held in the Immaculate Conception Cemetery.

The family of James A. Zacherl created this Life Tributes page to make it easy to share your memories.