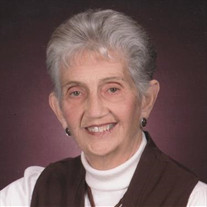 Jean M. Kahle, 79, of Columbia, Maryland, formerly of Clarion, passed away early Tuesday morning, September 29, 2020 at the University of Maryland Medical Center in Baltimore, Maryland. She was born on May 24, 1941 in Brookville; daughter of the late Eugene L. and Elizabeth G. Dinger Leids. Jean graduated from the Immaculate Conception Catholic School in 1959. She married Richard H. Kahle on November 23, 1965; who preceded her in death in 1983. Jean worked in the selecting department at Owens-Brockway Glass as a Crew Leader, retiring after 35 years. While living in Clarion, Jean was an active member of the Immaculate Conception Catholic Church in Clarion, serving as Eucharistic Minister and Lector. She also served on the Parish Council and the Funeral Team. Jean loved to spend time with her family, especially her grandchildren. She enjoyed playing in card groups, working on puzzles, and going on walks. Jean is survived by her son: James Eric Kahle and his wife, Marion, of Pittsburgh; her daughter: Paula Kahle Dunwoody and her husband, Thomas; a granddaughter: Rebecca Dunwoody; and two grandsons: Nicholas Dunwoody and Cooper Dunwoody, all of Sandy Spring, Maryland. She was preceded in death by her parents and loving husband, Richard. The family will receive friends from 2 p.m. to 5 p.m. on Friday, October 2, 2020 at the Robert V. Burns Funeral Home in Clarion, where a Christian Wake Service will be held at 2 p.m. Mass of Christian Burial will be celebrated at 10 a.m. on Saturday, October 3, 2020 at the Immaculate Conception Catholic Church with Rev. Monty Sayers presiding. Interment will follow in the Cedarview Memorial Park in Strattanville.

Jean M. Kahle, 79, of Columbia, Maryland, formerly of Clarion, passed away early Tuesday morning, September 29, 2020 at the University of Maryland Medical Center in Baltimore, Maryland. She was born on May 24, 1941 in Brookville; daughter of... View Obituary & Service Information

The family of Jean M. Kahle created this Life Tributes page to make it easy to share your memories.

Send flowers to the Kahle family.