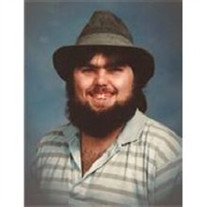 Jeffrey A. Coull, 49, of Stone House Road, Clarion, died Tuesday morning, November 13, 2012, at the Alle Kiski Medical Center in Natrona Heights.   Born June 11, 1963 in Clarion; he was the son of George W. and Sally A. Fike Coull of Clarion.   Jeffrey attended the Clarion-Limestone High School.   He worked as a laborer in carpentry.   Jeffrey attended the Pilgrim Holiness Church in Strattanville.   He was also a member of the Fraternal Order of the Eagles 1860 and Moose Lodge No. 366, both of New Bethlehem. Jeffrey enjoyed riding motorcycles and singing karaoke.   In addition to his parents, he is survived by a son, Jeffrey W. Coull of Pittsburgh, a daughter, Elizabeth A. Coull of Clarion, two brothers, James Coull of Clarion, and Jerry Coull of Strattanville, and a sister, Virginia Elliott of Shippenville.   Family will receive friends from 7 to 9 p.m. on Thursday, November 15, 2012, and from 10 to 11 a.m. on Friday, November 16, 2012, at the Robert V. Burns Funeral Home, 638 Wood Street, Clarion.   Funeral services will be held at 11 a.m. on Friday, November 15, 2012, in the funeral home with Rev. Stephen Fuller, pastor of the Pilgrim Holiness Church in Strattanville, and Pastor Randy Evans, Clarion Forest VNA Hospice Chaplain, co-officiating.   Interment will be held in the Cedarview Memorial Park in Strattanville.

The family of Jeffrey A. Coull created this Life Tributes page to make it easy to share your memories.

Send flowers to the Coull family.