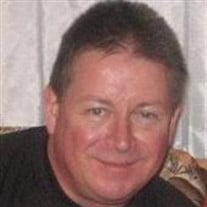 Jeffrey “Jeff” Reddinger, 62, of Strattanville, passed away unexpectedly Wednesday, February 13, 2019 at home of natural causes. He was born on May 12, 1956 in Brookville, the son of the late Thomas and D. Ruth Sayers Reddinger. Jeff was a 1974 graduate of Clarion Area High School. He was married on March 6, 1976 to Terri Heasley, whom survives. Jeff retired in 2010 after 34 years from the O-I Glass Plant in Clarion. He was a member of the Eagles, Legion and the VFW all of Clarion and he was also a member of the O-I Quarter Century Club. Jeff was an avid Steelers fan, enjoyed hunting, watching the Fox sports channel and having a cold beer. He loved his family and adored his grandchildren. He is survived by his wife, a son, Josh Reddinger of Waterford and a daughter, Kristin Nelson and her husband Lars of Strattanville, three grandchildren, Cara and Caleb Reddinger and Preston Nelson, and his dog and best friend, Kloe. Jeff is also survived by a brother, Bob Reddinger and his wife Patsy of Knox, his mother-in-law, Marian Heasley of Strattanville, sisters-in-law, Penni Renwick and her companion Tim Reed of Limestone and Kelli Johnson and her husband Dave of Strattanville, as well as numerous cousins, nieces, and nephews. He was preceded in death by his parents, his father in law, Donald Heasley and a brother, Tom. Family will receive friends on Friday, February 15, 2019 from 2:00pm to 4:00pm and 7:00pm to 9:00pm and also Saturday from 10:00am to 11:00am at the Robert V. Burns Funeral Home in Clarion. Funeral Services will be held at 11:00am Saturday, February 16, 2019 in the funeral home with the Rev. Jeff Foor pastor of Asbury United Methodist Church presiding. In lieu of flowers, the family would like donations to be made to the American Diabetes Association, 112 Washingto PL #1520, Pittsburgh, PA 15219 or the American Heart Association, 444 Liberty Ave. #1300, Pittsburgh, PA 15222.

Jeffrey &#8220;Jeff&#8221; Reddinger, 62, of Strattanville, passed away unexpectedly Wednesday, February 13, 2019 at home of natural causes. He was born on May 12, 1956 in Brookville, the son of the late Thomas and D. Ruth Sayers Reddinger. Jeff... View Obituary & Service Information

The family of Jeffrey S. Reddinger created this Life Tributes page to make it easy to share your memories.

Send flowers to the Reddinger family.