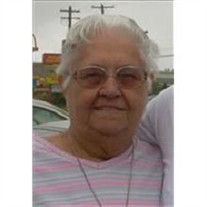 Jo Ann Murphy, 68, of Clarion, passed away early Wednesday morning, May 27, 2009, at Clarion Hospital.   Born May 25, 1941, in Kellersburg, she was the daughter of Glenn Henry and Dorothy LaRue Harmon McGuire.   Mrs. Murphy attended Redbank Valley High School.   She was a homemaker.   Mrs. Murphy was of the Methodist faith.   She enjoyed crocheting, baking, and ceramics. She also enjoyed the outdoors and spending time with her grandchildren and family.   Mrs. Murphy is survived by a daughter, Suanne Carol Atkinson and husband, Jeff, of Mechanicsville; son, Richard Earl Murphy and fiance, Tami Wooley, of Guys Mills; and four grandchildren, Jeffrey William Coull, Michael Wooley, Elizabeth Ann Coull, and Joey Murphy.   Also surviving are three brothers, Donald McGuire and wife, Susanne, of Fairmount City; David McGuire and wife, Sheila, of York; Gary McGuire and wife, Mae, of Middleburg; and three sisters, Betty Raybuck and husband, Dennis, of Shippenville; Shirley Fike and husband, Allen, of Clarion; and Mary Jean McGuire of Lickingville. She is also survived by numerous nieces and nephews.   In addition to her parents, she was preceded in death by two brothers, Robert and Randy McGuire.   Family will receive friends from noon to 2 p.m. on Friday, May 29, 2009, at the Robert V. Burns Funeral Home in Clarion.   Funeral services will be held at 2 p.m. on Friday, May 29, 2009, in the funeral home with Rev. Donald Poole, pastor of the Knox United Methodist Church, officiating.   Interment will be held at the Kellersburg United Methodist Church Cemetery.

The family of Jo Ann Murphy created this Life Tributes page to make it easy to share your memories.

Send flowers to the Murphy family.