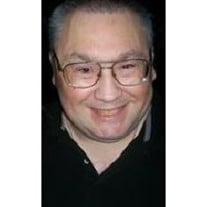 Joel D. Walters, 50, of Shippenville, passed away Thursday, September 29, 2011, at the Clarion Hospital. Born March 11, 1961, in Grove City, he was the son of Cecil and Linda Ann Anchors Walters. He was married on October 11, 1980 to the former Wendy Shaffer, and she survives. Mr. Walters graduated from Clarion Area High School in 1979.  He then graduated from the DuBois Business College and Robert Morris University. He worked in accounting. Mr. Walters was a lifetime member of the Historical Society and a member of the Robert Morris Alumni Association. He was a fan of NASCAR and enjoyed spending the winter months in Florida with is parents. In addition to his parents and wife, he is survived by two daughters, Veronica Walters Herbster and her husband, Todd, of Harrisburg and Vanessa Walters of Cos Cob, CT; two grandchildren, Hannah and Logan Herbster of Harrisburg; and  one step grandson, Brandon Herbster of Harrisburg. Also surviving are a sister, Pamela Walters Abbott and her husband, Kevin, of Florida; a brother, Barry Walters and his wife, Bronwen, of Florida; and three nieces and nephews, Megan Walters, Ryan Walters, and Kelly Abbott. He was preceded in death by a brother, Terrence Walters. Family will receive friends from 2 to 4 p.m. and 7 to 9 p.m. on Monday, October 3, 2011, at the Robert V. Burns Funeral Home, 638 Wood Street, Clarion. Funeral services will be held at 11 a.m. on Tuesday, October 4, 2011, in the funeral home with Pastor Deborah Jacobson officiating. Interment will be held in the Immaculate Conception Cemetery.

The family of Joel D. Walters created this Life Tributes page to make it easy to share your memories.

Send flowers to the Walters family.