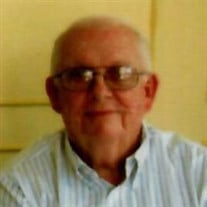 John Regis “Jack” Doran, Jr., 83, of Clarion, passed away peacefully Friday evening, September 14, 2018 at the Clarion Healthcare & Rehabilitation Center after a short bout with bone cancer. He was born on March 17, 1935 in Clarion; son of the late Dr. John R. and Elizabeth Dwyer Doran. He graduated from the Immaculate Conception Catholic School, class of 1953. Jack was also a graduate of Gannon University in 1957. Jack was married on November 28, 1963 to Sara “Sally” Miller, whom survives. He was a veteran in the Army during the Korean Conflict. Jack was a life time member of the Immaculate Conception Catholic Church, where he attended daily mass since his retirement. He was a lector, Sunday school teacher, Eucharistic Minister, and took Eucharist to the shut-ins. Jack was a money counter and a member of the Funeral Team. Jack was also a lifetime member of the Knights of Columbus, holding several offices, including the Grand Knight, and became a 4th Degree. He was a former member of the Lion’s Club. Jack was employed as a State Auditor for most of his professional career. He was also a comptroller for Johnney Garneau’s Restaurant. Jack enjoyed hunting, fishing, and was an avid golfer. He especially enjoyed watching the Pirates and the Steelers. Jack and Sally were talented square dancers and they took pleasure in traveling. He was a gallon blood donator for the Red Cross. Jack is survived by his loving wife of 53 years, six children, Mathew Doran of Pittsburgh, Patrick Doran and his wife Alison of Arizona, Ann Doran of Pittsburgh, Amy Linck and her husband Ken of Pittsburgh, Robert Doran and his wife Vicki of Pittsburgh, and Joseph Doran of Clarion, and his nine grandchildren, Sara, Nicholas, Aidan, Johnny, Sabrina, Nathan, Brooke, Autumn, and Zachary. He is also survived by his brother, Tomas Doran of Arizona and his sister, Joanne Clark of Emporium. Jack was preceded in death by his parents, a sister-in-law, Karen Fleming, and a brother-in-law, Gerald Clark. Family will receive friends from 2 p.m. to 4 p.m. and 6 p.m. to 8 p.m. on Monday, September 17, 2018 at the Robert V. Burns Funeral Home in Clarion. Mass of Christian Burial will be held at 11 a.m. on Tuesday, September 18, 2018 at the Immaculate Conception Catholic Church with Rev. Samuel Bungo, pastor of the Saint Nicholas Catholic Church in Crates. Interment will be held in the Immaculate Conception Catholic Cemetery.

The family of John R. Doran created this Life Tributes page to make it easy to share your memories.

Send flowers to the Doran family.