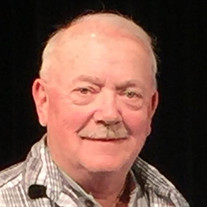 Joseph T. Strong, 73, of New Bethlehem and Sumter South Carolina , passed away in Sumter South Carolina on Sunday morning, November 26, 2017 following a brief illness. He was born on August 30, 1944 in Clearfield. The son of the late William R. “Ted” and Helen E. Galaher Strong. Joe graduated from Clarion University of Pennsylvania and in 1977 The Delaware Law School. He served 4 years in the Navy. Joe was a longtime Clarion County attorney and also served as assistant D.A. for a number of years. He was married to Elma Payne on April 1, 2013, whom survives. Joe was a member of the Moose Lodge #101, Fraternal Order of Eagles #3807 both of Clarion, Knox American Legion #720, Butler Elks Lodge #170 and the New Bethlehem VFW #415. He is survived by his wife and a son, Joseph T. Strong II and wife Veronica, a grandsons, Emanuel Joseph and David Joseph Strong, all of Arizona. Five stepsons, Jonathon Anschutz and wife Caroline of Boiling Springs, Tyrel Anschutz and wife Lindsay of Erie, Daniel Anschutz and wife April of Harrisville, Christopher Anschutz of Altoona and Peter Anschutz of Parker. Joe is also survived by a sister, Barbara Phillips and husband Richard of West Virginia and a brother, William R. Strong and wife Mary of Oil City. He is preceded in death by his parents and a sister Emojean Christianson. A public visitation will be held on Thursday November 30, 2017 from 3:00 to 8:00pm at the Robert V. Burns Funeral Home in Clarion. Funeral services will be held at 11:00am on Friday December 1, 2017 in the funeral home, a Military service accorded by the Clarion American Legion Honor Guard #066 at 10:45am. Interment will be in the New Bethlehem Cemetery. In Lieu of flowers the family request donations can be made in Joe’s name to the New Bethlehem VFW #415, 526 Broad St, New Bethlehem, PA 16242 or the New Bethlehem Fire Co., 425 Arch St., New Bethlehem, PA 16242.

The family of Joseph T. Strong created this Life Tributes page to make it easy to share your memories.

Send flowers to the Strong family.