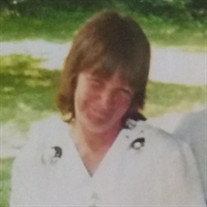 Judy A. (Magness) Deitz, 70, of Knox, passed away on Friday, September 18, 2020 at the Clarion Hospital surrounded by her family. She was born on September 12, 1950 in Grove City; daughter of the late Dale A. and Helen M. Lutz Magness. Judy attended the Immaculate Conception Catholic School and Church in Clarion in her younger years and also attended Keystone High School. She married Randy J. Deitz on June 20, 2002, who preceded her in death on September 11, 2020. Judy was a very compassionate caregiver for the VNA extended care and worked at Helpmates in Clarion for numerous years. She was a member of the American Legion Ladies Auxiliary Post #720 of Knox. Judy is survived by her four children: Mary “Kitty” Martin and her husband, Albert, of Oklahoma, Jodi Heath of Knox, Toni Clark and her fiancé, Dustin Duffee, of Turkey City, and Don Clark, Jr., and his wife, Rebecca, of Cranberry; a stepson: Josh Deitz and his wife, Dixie, of Georgia; six grandchildren: Joseph Clark, Cassandra Martin, Brycon and Brandi Slaugenhaupt, Aaron Barr, and Cayla Greenawalt; and numerous great grandchildren. She is also survived by her precious dog they called Babygirl, who she spoiled just like her grandchildren. Judy was preceded in death by her parents; her loving husband; and two infant sisters: Sue Ann Magness and Infant girl Magness. The Robert V. Burns Funeral Home in Clarion is handling the arrangements. At Judy’s request, there will be no public visitation. There will be a celebration of life for Randy and Judy at the family’s convenience. In lieu of flowers, Memorials or donations can be made in Judy’s name to the American Cancer Society or to the Clarion Cancer Center, 1 Hospital Drive, Clarion, PA 16214.

Judy A. (Magness) Deitz, 70, of Knox, passed away on Friday, September 18, 2020 at the Clarion Hospital surrounded by her family. She was born on September 12, 1950 in Grove City; daughter of the late Dale A. and Helen M. Lutz Magness. Judy... View Obituary & Service Information

The family of Judy A. Deitz created this Life Tributes page to make it easy to share your memories.

Send flowers to the Deitz family.