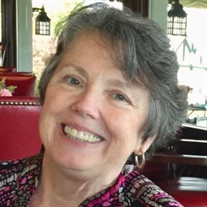 Karen Sue Wilshire, 75, of Clarion, passed away on Tuesday, May 25, 2021 at the Allegheny General Hospital in Pittsburgh following a brief illness. She was born on January 27, 1946 in Titusville; daughter of the late Harold Sloan and Bernice Preston Sloan, who survives. Karen married James V. Wilshire on June 1, 1968 in Titusville, who survives. After contacting polio at age 4 and spending 6 months in an iron lung, Karen struggled through her earlier years overcoming the residual effects of the disease, but never allowed that to keep her from achieving her goals. Karen dedicated 40 years of her life to nursing. She graduated from St. Vincent Hospital School of Nursing in 1966. In 1986 at the age of 40, she was awarded a Bachelor’s Degree in nursing from Clarion University graduating summa cum laude, and a Master’s Degree in 1993 with a 4.0 GPA. During her career, Karen worked as an O.R., E.R., AND O.B. Nurse, as well as an office nurse for Brooks Medical Arts for 12 years. Later, she transitioned into nursing home care as a director of nursing., nurse consultant, and finally, as administrator at Jefferson Manor Health Care in Brookville from 1995 to 2006. After retirement, Karen worked as a nursing home consultant on a part-time basis until 2013. She was a past president of the Brookville Area Chamber of Commerce, taught childbirth education classes, and Pre-cana and sex education classes. Karen conducted Alzheimer’s support and education classes and taught continuing education at Clarion University in: Alzheimer’s and Ethics in Long Term Care. She was also a member of the Garden Club of Clarion County. Karen “Susie” was a strong, smart, caring person, dedicated to helping others. She loved her family, friends, and especially her grandchildren. She is survived by her mother, Bernice; her husband, Jim; her son, Francis “Bud” and his wife Melanie Golier Wilshire; three grandchildren, Maya, Jonas, and Margot Wilshire; three sisters, Sheryll (Perry) Bruder, Mary Lou (Duane) Northrop, and Cassie (James) Vildusea; her brother, Eric Sloan; a brother-in-law, John Dean; and sister-in-law, Becka Sloan. Karen was preceded in death by her father, Harold; a sister, Debbie Dean; and a brother, Sam Sloan. The family will receive friends from 6 p.m. to 8 p.m. on Thursday, May 27, 2021 at the Robert V. Burns Funeral Home in Clarion. Additional viewing will be held from 11 a.m. to noon on Friday, May 28, 2021 in the funeral home with services to follow at noon with Rev. Monty Sayers, pastor of the Immaculate Conception Catholic Church. Interment will take place in the Immaculate Conception Catholic Cemetery.

Karen Sue Wilshire, 75, of Clarion, passed away on Tuesday, May 25, 2021 at the Allegheny General Hospital in Pittsburgh following a brief illness. She was born on January 27, 1946 in Titusville; daughter of the late Harold Sloan and Bernice... View Obituary & Service Information

The family of Karen S. Wilshire created this Life Tributes page to make it easy to share your memories.

Karen Sue Wilshire, 75, of Clarion, passed away on Tuesday, May...

Send flowers to the Wilshire family.