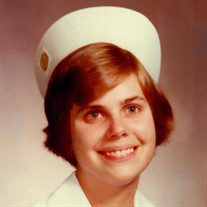 Kathryn J. Morrison, 65, of Shippenville, passed away Saturday evening, February 19, 2022 at the Penn Highlands Elk Hospital in Saint Marys. She was born on April 8, 1956 in Brookville; a daughter of the late George H. and E. Jane McMillen Collett. Kathy married the love of her life, John Morrison, on September 28, 1990, who survives. She graduated from Clarion Area High School. Kathy then worked at GC Murphy’s to save up enough money to go to school for nursing at Jeff Tech. After graduating from Jeff Tech, she worked at the Clarion Hospital, a private care facility in Brookville, and the Senior Transitional Unit in Brookville, where she retired. She attended the weekly Sunday evening community worship services at the Haskell House in Clarion, led by Pastor John Green, and she was also part of the church family there. Kathy enjoyed going on car rides to look for cats with her husband and loved her coffee and diet pepsi. She was always caring for everyone and had a heart of gold. Kathy is survived by her loving husband, John of 31 years; her beloved cat, Oreo; her brother, Michael Collett and his wife, Catherine, of New Kensington; a brother-in-law, Sam Morrison of Fairmount City; and a sister-in-law, Debbie Chapman of Strattanville; along with a number of nieces and nephews. In addition to her parents, Kathy was preceded in death by her brother, James Collett; her father-in-law and mother-in-law, Sam and Della Morrison; and a sister-in-law, Bonnie Morrison. A private funeral service will be held at the Robert V. Burns Funeral Home in Clarion with Rev. John Green presiding. Interment will take place in the Immaculate Conception Catholic Cemetery in Clarion. In lieu of flowers, donations can be made in Kathy’s honor to Kingdom Keys Ministries, 349 Greenville Pike, Clarion, PA 16214.

Kathryn J. Morrison, 65, of Shippenville, passed away Saturday evening, February 19, 2022 at the Penn Highlands Elk Hospital in Saint Marys. She was born on April 8, 1956 in Brookville; a daughter of the late George H. and E. Jane McMillen Collett.... View Obituary & Service Information

The family of Kathryn J. Morrison created this Life Tributes page to make it easy to share your memories.

Send flowers to the Morrison family.