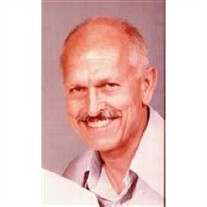 Kenneth L. Wells, 91, of Edgewood Heights, New Bethlehem, died Wednesday, April 6, 2011, at the Golden Living Center in Clarion. Born October 26, 1919, in New Bethlehem, he was the son of the late George W. and Carrie Bish Wells. Mr. Wells was married on November 8, 1942 to the former Elsie M. McGinnis, she preceded him death on July 17, 1977. A veteran, he served in the Army from 1942 to 1946 as a T4 Technician 4th Grade. During the years, Mr. Wells had worked for Lee Coal Company in Kittanning, Chevrolet in Buffalo, NY, Ford Motor Company in Buffalo, NY, Douglas Aircraft Co. in California, and Boeing Aircraft in California.  He retired in 1977 to care for his wife.  After his wife’s death, he returned back to PA to care for his parents. He is survived by one brother, Robert Wells of Tonawanda, NY; nephews, Kenneth Blair, Larry, Blair, Rick Wells, and Rod Wells; nieces, Shirley Shick, Sharon Shaffer, Linda Chomko, Patti Wells, and Pam Mossop; sister-in-law, Betty Wells; and brother-in-law, Art Allen. Also surviving is his wife’s brothers, David McGinnis Jr. and Jerry McGinnis (Susan) and her sisters, Mary Myers (Bob), Flora Shick, Nancy Cook (Jack), Virginia Warner (Roy), and Sandra Crissman; and a niece, Karen McCall, along with many other nieces and nephews. In addition to his parents and wife, he was preceded in death by two sisters, Ruth Blair and Ruby Allen; a brother, Richard Wells; a sister-in-law, Phyllis Wells; a brother-in-law, Arthur Blair; a nephew, Ron Allen; and a niece, Debbie Taylor. Funeral services will be private. Interment will be held in the Oakland Cemetery in Distant. Do not mourn for him, he is now reunited with his one true love, and at peace. Memorials can be made to Edgewood Heights, 612 Keck Avenue, New Bethlehem PA 16242; or Clarion Golden Living Center, 999 Heidrick Street, Clarion PA 16214.

The family of Kenneth L. Wells created this Life Tributes page to make it easy to share your memories.

Send flowers to the Wells family.