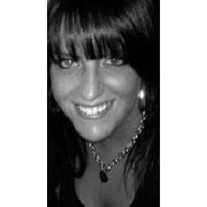 Kristy Nicole Young, 26, of Strattanville, passed away unexpectedly on Sunday May 24, 2015 in Clarion. She was born September 7, 1988 in Clarion; she was the daughter of John P. Young of Strattanville and Deborah D. Snyder of Knox. &#160;Kristy... View Obituary & Service Information

The family of Kristy Nicole Young created this Life Tributes page to make it easy to share your memories.

Send flowers to the Young family.