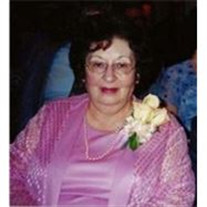 Lena C. Phillips, 85, of Clarion, died Wednesday, March 20, 2013, at her home. Born August 25, 1927 in Rimersburg; she was the daughter of Salvatore and Anna Pagano Cimino. Lena was married on June 3, 1948 to Frank Phillips, and he survives. She was a 1948 graduate of Union High School, where she was the salutatorian of her class. Lena was the former owner of the Phillips Fruit Market with her husband. She is a member of the Immaculate Conception Church of Clarion. Lena enjoyed spending time with her family.  She enjoyed cooking, talking to her sister on the phone, watching westerns on television, and going to craft shows. In addition to her husband, she is survived by five children, Anna Jo Basinger and her husband, Clyde, of Warren, OH; Linda Kay Zacherl of Senoia, GA; Rose Muse and her husband, Greg, of Fayetteville, GA; Carol Shultz and her husband, Don, of Clarion; and Lorie Thomas of Boardman, OH. Also surviving are a sister, Angie Pagliari of Rimersburg; nine grandchildren; and eighteen great grandchildren. She was preceded in death by four sisters, Margaret Troese, Jenny Vitello, Lillian Wells, and Verna Cimino; and a brother, James Cimino. Family will receive friends from 12 noon to 4 p.m. on Friday, March 22, 2013, and from 11 a.m. to 12:30 p.m. on Saturday, March 23, 2013, at the Robert V. Burns Funeral Home, 638 Wood Street, Clarion. Mass of Christian Burial will be celebrated at 1 p.m. on Saturday, March 23, 2013, in the Immaculate Conception Church in Clarion with Rev. Monty Sayers, pastor of the Immaculate Conception Church, presiding. Interment will be held in the Immaculate Conception Cemetery. Memorials and donations can be made to the Clarion Forest VNA Hospice, 271 Perkins Road, Clarion PA 16214.

Lena C. Phillips, 85, of Clarion, died Wednesday, March 20, 2013, at her home. Born August 25, 1927 in Rimersburg; she was the daughter of Salvatore and Anna Pagano Cimino. Lena was married on June 3, 1948 to Frank Phillips, and he survives. She... View Obituary & Service Information

The family of Lena C. Phillips created this Life Tributes page to make it easy to share your memories.

Send flowers to the Phillips family.