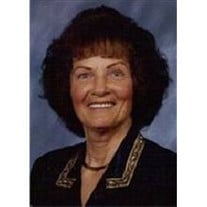 Linda L. Wamsley, 64, of Sigel, passed away early Thursday morning, December 18, 2008, at the LifeCare Hospital in Bellevue following a short illness. She was born July 19, 1944, in Brookville, and was the daughter of Pearl L. and Nettie Faye Rankin Walter. Mrs. Wamsley graduated from Clarion-Limestone High School. She married Theodore N. Wamsley on November 2, 1991, who preceded her in death on October 5, 1998. Mrs. Wamsley was a homemaker and was a member of the Mt. Tabor Presbyterian Church in Sigel. She enjoyed reading and spending time with her grandchildren and family. Mrs. Wamsley is survived by her son, Christopher T. Cathcart, and his wife, Melinda, of Strattanville; her daughters, Brenda E. Selker, and her husband, Marty, of Sigel; and Melissa L. Klingensmith, and her husband, Lonnie, of Sigel; her step-son, Michael D. Wamsley, and his wife, Brenda, of San Antonio, Texas; and her grandchildren; Hunter, Jacob, and Kathryn Cathcart of Clarion; Nicole, Ryan, and Brittany Selker of Sigel; and Tyler and Rylie Klingensmith of Sigel. She is also survived by three sisters, Glennie Campbell, and her husband, Wayne, of Brookville; Kay Fryer, and her husband, Ed, of Corsica; and Blue Hannold, and her husband, Robert, of Sigel; and by four brothers, Ronald Walter, and his wife, Shirley, of Brookville; P.L. Walter and his wife, Martha, of Corsica; Roger Walter, and his wife, Martha, of Sigel; and Thomas Walter, and his wife, Carol, of Sigel. In addition to her husband and parents, she was preceded in death by one sister, Dorothy Walter Weyant; and three brothers, Richard Walter, Floyd Walter, and Lester Walter. Viewing will be 2 to 4 p.m. and 7 to 9 p.m. on Saturday at the Robert V. Burns Funeral Home in Clarion and from 1 to 2 p.m. Sunday at the Mt. Tabor Presbyterian Church in Sigel. Funeral services will be at 2 p.m. Sunday at the church with the Rev. Boyd Edmonson, pastor of the Mt. Tabor Presbyterian Church, officiating. Interment will be held in the Millcreek Presbyterian Cemetery in Fisher.

Linda L. Wamsley, 64, of Sigel, passed away early Thursday morning, December 18, 2008, at the LifeCare Hospital in Bellevue following a short illness. She was born July 19, 1944, in Brookville, and was the daughter of Pearl L. and Nettie Faye... View Obituary & Service Information

The family of Linda L Wamsley created this Life Tributes page to make it easy to share your memories.

Send flowers to the Wamsley family.