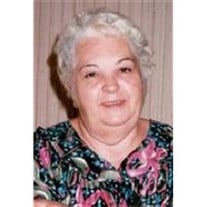 Marjorie Siecker Raught, 71, of Spruce Alley, DuBois, died Sunday December 26, 2010, at the DuBois Regional Medical Center. Born May 6, 1939, in Lackawanna, NY, she was the daughter of the late Joseph Siecker and Hazel Hilliard Siecker Hepler and stepdaughter of Kenneth V. Hepler. On July 18, 1979, in Oakhurst, CA, Marjorie was married to Walter M. Raught of Corsica.  He preceded her in death on November 1, 1983. For six years, she worked fro Civil Aeronautics Administration, later called Fed Aviation Administration in Washington DC.  Later she returned to Brookville and worked for the Jefferson County Commissioners.  In 1967, she went to work for the U.S. Department of Agriculture Forest Service at Blue Jay Job Corps in Marienville.  When it closed on June 30, 1969, she moved to Warren to continue with USDA Forest Service at the Allegheny National Forest.  In 1971, she moved to Marienville to continue working for the USDA Forest Service at the Marienville Ranger District Office.  She retired on December 31, 1997. Mrs. Raught was a member of the National Association Retired Fed Employees (NARFE) and AARP. She is survived by three step granddaughters, one step grandson, one step great grandson, two step great granddaughters, and several nieces, nephews, and cousins. In addition to her husband, Mrs. Raught was preceded in death by her parents and stepfather. There will be no visitation. Funeral services will be private. Interment will be held in the Pine Grove Cemetery.

The family of Marjorie Siecker Raught created this Life Tributes page to make it easy to share your memories.

Send flowers to the Raught family.