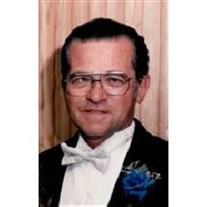 Martin L. Anderson, 70, of McCleary Road, Clarion, died Monday morning, December 6, 2010, at the Clarion Hospital. Born September 7, 1940, in Warren, he was the son of Lloyd L. and Catherine Hanson Anderson. Mr. Anderson was married on July 19, 1963 to the former Ruth O. Cathcart, she survives. He was owner of J & M Leasing in Clarion, a business that was started as a partnership in 1976 and with longtime friend, Jerry McLaine.  Over the years Martin and Jerry increased the number of trucks and moved their office from two rooms in Clarion to a terminal in Knox with a full service garage.  In 1986, the business was relocated to its present site, which is still doing business with approximately 65 employees.  Martin was also a partner with Jerry in owning and operating Clarirco Enterprises. Mr. Anderson was a member of the American Legion, Moose, and VFW, all of Clarion, the American Quarter Horses Association, and the Ponies of America Association. He enjoyed horses, along with showing horses and pulling horses, and participating in competitions in Pennsylvania, Ohio and New York and as far away as Detroit, Mich.  He also completed in several pulling events at the Pennsylvania Farm Show and enjoyed taking his children to shows and watching them compete at many horse show events, including 4-H, states and American Quarter Horse Congress. In later years he enjoyed watching his grandchildren and hearing about their accomplishments in various horse show events. In addition to his wife, he is survived by three children, Mark L. Anderson of Highland Township; Kathy L. Crate and husband, Tony, of Venus; and Kelly L. Anderson of Columbus, OH; one sister, Autumn McElhattan and husband, Robert, of Knox; one brother, Sheridan Anderson and wife, Helen, of Highland Township; and six grandchildren, Levi and Spencer Anderson of Highland Township; Joseph, Amanda, and Rachel Crate of Venus; and Isaac Bolard of Columbus, Ohio. In addition his parents, he was preceded in death by two sons, Martin L. Anderson and Mitchell L. Anderson. Family will receive friends from 2 to 4 p.m. and 6 to 8 p.m. on Thursday, December 9, 2010, at the Robert V. Burns Funeral Home, 638 Wood Street, Clarion. Funeral services will be held at 11 a.m. on Friday, December 10, 2010, in the funeral home with Rev. Richard Kightlinger, pastor of the United Evangelical Church in Venus; officiating. Interment will be held in the Miola Cemetery.

The family of Martin L. Anderson created this Life Tributes page to make it easy to share your memories.