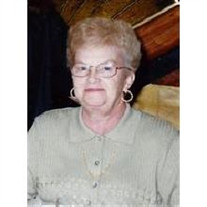 Mary Lou Kerle Ball, 79, of Clarion, died unexpectedly after a sudden illness on Monday, November 25, 2013, at the UPMC Presbyterian Hospital in Pittsburgh. Born January 25, 1934 in Clarion; she was the daughter of the late Joseph J. and Anges B. Schill Kerle. Mary was first married to Bill Gardner, who preceded her in death.  She was later married to Marty Canavan, who also preceded her in death. She was a nurse at the Millcreek Community Hospital in Erie. Mary was a member of the Immaculate Conception Church in Clarion, where she was very active in activities.  She spent her life taking care of others.  She was a volunteer at Charitable Deeds.   Mary enjoyed spending time with her family and she was well known for her delicious brownies.  She was also an avid Pittsburgh Steelers fan. Surviving are three children, Annette Gardner of Erie, Bob Gardner and his wife, Roberta, of Erie, Kelly Welser and her husband, Doug, of McKean; four grandchildren, Jessica Cramer and her husband, Greg, of Erie, Angela Glass and her husband, Aaron, of Edinboro and Kaila and Carson Welser of McKean; and four great grandchildren, Ethan and Ashlyn Cramer of Erie and Austin and Andrew Glass of Edinboro. Also surviving are two sisters, Anne Kerle of Clarion, and Doris Callen and her husband, Butch, of Florida; three brothers, John Kerle and his wife, Kate, of Knox, Jim Kerle  and his wife, Martha, of Clarion, and Romey Kerle and his wife, Jan, of Florida; a number of nieces and nephews; and a longtime friend, Mary Helen Senard of Clarion. She was preceded in death by her parents, both husbands, and a brother, Joe Kerle. Family will receive friends from 4 to 7 p.m. on Friday, November 29, 2013, at the Robert V. Burns Funeral Home, 638 Wood Street, Clarion. Wake service will be held at 7 p.m. on Friday, November 29, 2013, in the funeral home. Mass of Christian burial will be held at 1 p.m. on Saturday, November 30, 2013, at the Immaculate Conception Church in Clarion with Rev. Monty Sayers, pastor of the Immaculate Conception Church, presiding. Entombment will be held in the Immaculate Conception Cemetery Mausoleum. Memorials and donations can be made to Charitable Deeds, 98 Hickory Nut Lane, Knox PA 16232.

Mary Lou Kerle Ball, 79, of Clarion, died unexpectedly after a sudden illness on Monday, November 25, 2013, at the UPMC Presbyterian Hospital in Pittsburgh. Born January 25, 1934 in Clarion; she was the daughter of the late Joseph J. and Anges... View Obituary & Service Information

The family of Mary Lou Ball created this Life Tributes page to make it easy to share your memories.

Send flowers to the Ball family.