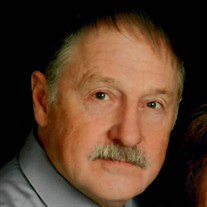 Melvin Eugene “Gene” Kifer, 73, of Clarion, passed away on Tuesday, October 5, 2021 at the Allegheny General Hospital in Pittsburgh. He was born on September 27, 1948 in Brookville; son of the late Melvin and Betty Henry Kifer. Gene was a graduate of Clarion Area High School and Penn State Extension. He was a veteran of the Army Reserves. Gene married the love of his life, Coni Bowser Lucas Kifer, on December 10, 1994 at the Twiest Residence in Clarion County. He first worked as a TV repairman for Shirey Hardware in Clarion. He then worked as a foreman in Scranton PA and also Florida and then for many years with Delta Contractors in Clarion. Gene and his wife also own Kifer and Kifer Enterprises in Clarion, Jefferson and Armstrong Counties. He was an active member of the First Baptist Church in Clarion where he served many years as a trustee. He was also a member of a local prayer group and a volunteer for Special Olympics for many years. His kind heart and desire to serve the Lord by helping others will be remembered and missed by everyone. Gene and his wife were also active with SBC Disaster Relief and spent much time on missionary trips to other continents and throughout the US and its territories. He helped to build and supervise the building of schools, churches, hospitals, and even a mud hut for the family they supported in Uganda. Gene will be remembered for his construction, knowledge, and the love of antique cars and trucks. He could be seen sporting about in his ’76 MGB or his ’48 Chevy. He engineered many unique tools and equipment, made hunting knives for all his grandchildren, and many fascinating Christmas ornaments. Gene was also an avid hunter. He is survived by his wife, Coni; two children, Danielle Kifer of Slidell, Louisiana and Michael Kifer of Mexico City, Mexico and their mother, Carol; his step-children, Brian Lucas of Strattanville and Licia Pfadt and her husband, Chris, of Three Forks, Montana; four grandchildren, Tessia Spangler and her husband, Dylan, and their children, Easton and Lincoln of Corsica, Zane Lucas of Summerville, Kilah Pfadt of Bozeman, Montana and Aidan Pfadt of Three Forks, Montana. He also had two children that they sponsored in Uganda. Gene is also survived by his twin sister, Maxine Haigh of Sheffield, United Kingdom, and his other siblings, Shirley Kindel and her husband, Jim, of Winter Haven, Florida, Melvin R. “Bud” Kifer and his wife, Barb, of Knox, Ron Kifer of Reidsburg; and William ‘Bill” Kifer and his wife, Laurie, of Kissinger Mills. He was preceded in death by his parents; two brothers-in-law, David Haigh and Richard Bowser; and a sister-in-law, Elizabeth Reiner. Family and friends will be received on Sunday, October 10, 2021 from 1 p.m. to 3 p.m. at the Robert V. Burns Funeral Home in Clarion. Additional viewing will be held Monday, October 11, 2021 from 10 a.m. to 11 a.m. at the First Baptist Church in Clarion with funeral services to follow at 11 a.m. with the Rev. Jason Hunter presiding. Livestreaming of the funeral can be viewed at https://www.youtube.com/c/FirstBaptistClarion. Interment will take place in the Clarion Cemetery. In lieu of flowers, donations can be made to the First Baptist Church, 649 Main Street, Clarion, PA 16214, and The American Heart Association, PO Box 840692, Dallas, TX 75284 or a charity of one’s choice.

Melvin Eugene &#8220;Gene&#8221; Kifer, 73, of Clarion, passed away on Tuesday, October 5, 2021 at the Allegheny General Hospital in Pittsburgh. He was born on September 27, 1948 in Brookville; son of the late Melvin and Betty Henry Kifer. Gene... View Obituary & Service Information

The family of Melvin E. Kifer created this Life Tributes page to make it easy to share your memories.

Melvin Eugene “Gene” Kifer, 73, of Clarion, passed away on Tuesday,...

Send flowers to the Kifer family.