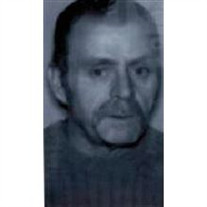 Melvin Lee Ward, 74, of Clarion, died on Monday, October 10, 2011, at his residence. Born November 7, 1936, he was the son of the late John and Maude Ward. Melvin served in the Air Force as a fireman for 13 years.  He was also employed by Chicago Pneumatic and Klingensmith’s Pharmacy as a delivery driver. He enjoyed spending time with his family and friends, especially playing cards with his siblings.  Melvin always had a joke or story to tell sure to make you chuckle. Melvin is survived by his five daughters, Vicky Stainbrook and her husband, Don, of Cochranton; Kim Trotter, Pam Renninger, Rhonda Eakin and her husband, Chad, and Deb Barney, all of South Caroline; and one son, Mike Ward, also of South Carolina.  He is additionally survived by many grandchildren and great grandchildren. He is also survived by his twin brother, Kenneth Ward and his wife, Ella, of Cochranton. Melvin was preceded in death by his two brothers, John and Harry Ward, and also three sisters, Maude Ward, Mary Campbell, and Jean Crye. In Melvin’s most recent days, he enjoyed the company of his good friend, Nancy. There will be no visitation. Funeral services will be private for the family.

The family of Melvin L. Ward created this Life Tributes page to make it easy to share your memories.

Send flowers to the Ward family.