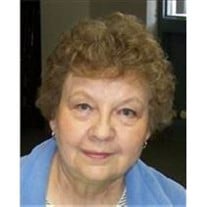 Mildred N. Shofestall, 66, of Shofestall Road, Corsica, died unexpectedly Thursday morning, May 7, 2009, at Brookville Hospital.   Born July 7, 1942, in Clarion, she was the daughter of Scott and Estella Tuttle Dolby.   Mrs. Shofestall attended the Miola School and graduated from Clarion Area High School in 1960.   She was married on February 22, 1963 to John D. Shofestall, who preceded her in death on February 28, 1984.   Mrs. Shofestall has been the Clarion Township Tax Collector for the past 28 years.   She also was a dietician assistant at the Brookville Hospital for 15 years and part owner of M.D.J. Catering for the past several years.   Mrs. Shofestall was a member of the Eastern Star Chapter #267 of Clarion.   She was a member of the Pisgah Presbyterian Church in Corsica. Mrs. Shofestall devoted her life to helping her family and friends. She enjoyed spending time will her family, especially her grandchildren.   Surviving are two daughters, Lisa A. Gunning and husband, John, of Fisher; Debra D. Hoffman and husband, Jason, of Venus; one son, John D. Shofestall of Corsica; grandchildren, James Gunning of Fisher; Jacob and Julia Hoffman of Venus; and Will and Sadie Shofestall of Summerville; and step grandchildren, Eric and Nathan Gunning of Brookville.   She is also survived by one sister, B. Carolyn Dolby of Clarion; three brother-in-law, Jim Shofestall and wife, Beulah “Tootie”, Ed Shofestall and wife, Pat; Max Shofestall and wife, Anita, all of Corsica; and numerous nieces and nephews.   In addition to her parents and husband, she was preceded in death by infant sister, Nancy Dolby; and sister-in-law, Noreen Beers.   Family will receive friends from 1 to 5 p.m. and 7 to 9 p.m. on Sunday, May 10, 2009 at the Robert V. Burns Funeral Home in Clarion with the Eastern Star service to be held at 7 p.m.   Viewing will also be held from 10 to 11 a.m. on Monday, May 11, 2009 at the Pisgah Presbyterian Church in Corsica.   Funeral services will be held at 11 a.m. Monday, May 11, 2009 in the Pisgah Presbyterian Church in Corsica with Rev. James Dietrich, pastor as presider.   Interment will be held in the Pisgah Presbyterian Church Cemetery.   Family requests that memorials and donations be made to Brookville Hospital.

The family of Mildred N Shofestall created this Life Tributes page to make it easy to share your memories.

Send flowers to the Shofestall family.