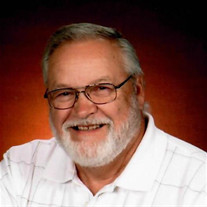 Paul Frederick Boyles, 77, of Clarion, passed away Saturday morning, July 7, 2018 at his home. He was born on February 7, 1941 in Clarion; son of the late Roy I. and Mary Viola Hunsberger Boyles. Paul graduated from Clarion Area High School in 1960. He married Patricia Gourley on June 30, 1962, whom survives. Paul was a member of the Immaculate Conception Catholic Church in Clarion. He was member of the Limestone Fire Hall for years. Paul was also a member of the Moose Lodge #101 and Eagles Club #3807 both of Clarion, where he would go and have a few brews and shoot the bull. He was also a lifetime member of the NRA. Paul was a Cub Master for many years and then went on the help with the Boy Scouts (Troop 49). All three of his sons were Eagle Scouts. He had many different jobs in his lifetime, but he retired from Owens Brockway Plastic and Closures in Brookville. Paul enjoyed hunting and fishing with his good friends. He once said he was born in the wrong time because he loved the outdoors and the roughness of the land. His favorite saying was, “It is what it is; live with it.” Paul especially loved doing things with his sons and grandchildren. He is survived by his wife, two sons, Paul Boyles, Jr. and his wife Nicole of Monroe, NC and David Boyles and his wife Sue Ann of Clarion, a daughter-in-law, Lynn Boyles of Monroe, NC, and four grandchildren, Justin, Andrew, and Andersen Boyles of Monroe, NC and Reecie Boyles of Clarion. Paul is also survived by his two sisters, Mary Ruth Gourley and her husband Bob of Clarion and Margaret “Peg” Boyles of Winter Haven, FL, and two brothers, Donald Boyles and his wife Maria of Ozark, AL and John Boyles and his wife Nellie of Barneveld, NY. He was preceded in death by his parents, a son, Patrick Boyles, and two brothers, James and Dennis Boyles. Paul’s family will receive friends from 2 p.m. to 4 p.m. and 6 p.m. to 8 p.m. on Tuesday, July 10, 2018 at the Robert V. Burns Funeral Home in Clarion. Mass of Christian Burial will be celebrated at 11 a.m. on Wednesday, July 11, 2018 at the Immaculate Conception Catholic Church with Rev. Monty Sayers, pastor presiding. The family would like to thank all the caregivers and the VNA Hospice for their caring and kindness. In Lieu of flowers, the family suggests memorials be made in Paul’s name to the charity or organization of your choice.

Paul Frederick Boyles, 77, of Clarion, passed away Saturday morning, July 7, 2018 at his home. He was born on February 7, 1941 in Clarion; son of the late Roy I. and Mary Viola Hunsberger Boyles. Paul graduated from Clarion Area High School... View Obituary & Service Information

The family of Paul F. Boyles created this Life Tributes page to make it easy to share your memories.

Send flowers to the Boyles family.