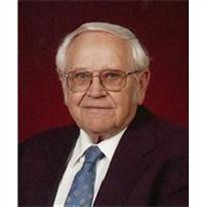 Pete Chernicky, a longtime Clarion County business and civic leader and a true American hero, died February 8, 2013 after a short illness. He leaves behind his wife of 67 years, Lois, his son, Robert, daughter, Darlene and son, Keith and their spouses, grandchildren, great grandchildren, many cousins, nieces and nephews, two brothers, Emil and William, and a legacy of stellar community leadership. Chernicky was the ninth of his parents’ thirteen children, all first generation Americans. He was born in Erie County on March 22, 1926. He was one of six Chernicky’s that served in WW II. Pete enlisted in the U.S. Marine Corps and saw combat in the Pacific Theater as part of the Marine’s Fourth Division. Pete and his brother, Paul, took part in the invasion of Iwo Jima, brother Paul did not survive. Chernicky earned a Purple Heart when he was wounded during the fighting. He and other Marines in the division also earned a Unit Citation from the President of The United States for their valiant effort to take the island from the Japanese Army. After recovering from his injuries, Chernicky served on Okinawa as a member of the Marine’s Eighth Military Police Battalion. He returned to Pennsylvania in 1946, married his sweetheart, Lois Powell, and took a job as a machinist for General Electric Company. In 1947, Chernicky took a job as a heavy equipment operator for the F.R. Zuck Coal Company. When Zuck closed in 1952, Chernicky and his longtime partner E.G. Kriebel borrowed from friends and family to buy a coal washing station from their former employer and a couple of trucks to haul coal they had bought and cleaned to small and medium-sized industrial users. Soon, their company, C&K Coal, started mining operations as well, leasing mineral rights from land owners in and around Clarion County. Hard work, constant and diligent effort and the partner’s insightful leadership made C&K Coal the largest strip mining operator in Pennsylvania by 1968. Chernicky became C&K’s President as well as its Chief Executive Officer, just as the company was about to have its biggest years yet. In 1970, C&K was acquired by Gulf Resources and Chemical Corporation and Chernicky, who stayed on with the company, was elected to Gulf’s Board of Directors. In 1972, C&K was among the top-25 producers of bituminous coal in the nation. It employed 320 workers, and had an annual payroll that year of more than $4 million. The company increased its year-over-year coal output by 1 million tons the next several years and, along the way, increased its numbers of employees to over 1700. The company, by now a major supplier of coal to power-generating utilities, also stood out for its reputations of being a great place to work and of being a good steward of the land by reclaiming it after its mining, well ahead of its time, so that it could be returned to use as grazing pastures or croplands. Before 1970, Chernicky also had helped lead various other businesses in Clarion County, including the Rimersburg Drilling Company, Shannon Coal Corporation, the Clarion Motor Company and the Huskin Run Coal Company. Besides serving on Gulf’s board, he also served on boards of directors for Northern Ohio Bank in Cleveland, Ohio, the Pennsylvania Coal Mining Association and the Clarion Osteopathic Hospital. He involved himself in various charitable projects, too, including fund raising campaigns for Clarion State College as well as Immaculate Conception Church. Chernicky retired from C&K in 1976 to focus on real estate and investments and consulting work. His largest real estate development was University Manor. He later formed R&K Resources and Chernicky Consulting & Excavating along with his sons, Robert and Keith. Chernicky was preceded in death by his parents, Joseph and Anna Chernicky; brothers, John, Joseph, Thomas, George, Paul, and Edward; sisters, Irene, Mary, Anna, Elizabeth; and daughter, Lynn. Viewing will be held from 2 to 4 and 7 to 9 p.m. on Tuesday, February 12, 2013, at the Robert V. Burns Funeral Home, 638 Wood Street, Clarion. Military honors will be accorded by American Legion Post 66 in the funeral home on Wednesday, February 13, 2013, at 9:15 a.m. Mass of Christian Burial will be held at 10 a.m. on Wednesday, February 13, 2013, in the Immaculate Conception Church in Clarion with Rev. Monty Sayers, pastor of the Immaculate Conception Church, presiding. Entombment will be held in the Immaculate Conception Cemetery Mausoleum. Following the funeral mass, friends are invited to attend a reception dinner at the Holiday Inn in Clarion.

Pete Chernicky, a longtime Clarion County business and civic leader and a true American hero, died February 8, 2013 after a short illness. He leaves behind his wife of 67 years, Lois, his son, Robert, daughter, Darlene and son, Keith and their... View Obituary & Service Information

The family of Pete Chernicky created this Life Tributes page to make it easy to share your memories.

Send flowers to the Chernicky family.