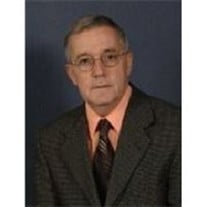 Randall James Hannah, 61, of Clarion, died unexpectedly on Wednesday, November 21, 2012. Born October 29, 1951, in Shippenville; he was the son of the late Ralph Hannah and Anna Lutz Hannah of Laurelbrooke Landing of Brookville. He was married on September 24, 1976 to the former Linda M. Spindler, and she survives. A veteran, Randy served in the Army Reserves. He worked as a property manager for Burns & Burns Associates in Clarion, where he was also a real estate agent. Randy was a member of the St. Joseph Catholic Church in Lucinda. He was also a member of the former Clarion Authority. In addition to his wife and mother, he is survived by a daughter, Amy R. Stefanos of Chester, VA; and two grandsons, Nico and Rocco Stefanos. Also surviving are three sisters, Janet Mercer and her husband, Duane, of Cranberry, Nancy Wall and her husband, Rodger, of Pittsburgh, and Carol Kapp of Tampa, FL; his mother-in-law, Alice Spindler of Clarion; two brothers-in-law, Ed Spindler and his wife, Brenda, of Fisher, and Jeffrey Spindler and his wife, Karen, of McMurray; and three special cousins, Kathy Terry, Karen Norrid, and Kerry Kifer; and numerous friends. He was preceded in death by his father; a brother, Daniel Hannah; and his father-in-law, Charles Spindler. Family will receive friends from 2 to 4 p.m. and 7 to 9 p.m. on Monday, November 26, 2012, at the Robert V. Burns Funeral Home, 638 Wood Street, Clarion. Funeral services will be private for the family. Memorials and donations can be made to the Alzheimer’s Association, 360 Lexington Avenue, 4th Floor, New York, NY 10017.

Randall James Hannah, 61, of Clarion, died unexpectedly on Wednesday, November 21, 2012. Born October 29, 1951, in Shippenville; he was the son of the late Ralph Hannah and Anna Lutz Hannah of Laurelbrooke Landing of Brookville. He was married... View Obituary & Service Information

The family of Randall J. Hannah created this Life Tributes page to make it easy to share your memories.

Send flowers to the Hannah family.